Valorant Ranks: Since its closed beta launch in early April,Valorant has brought a new fire to the first-person shooter genre.

Now fully launched, Riot Games’ tactical shooter, is one of the best free games on the market with a highly Competitive Ranked mode.

Once you’ve unlocked Competitive Mode, you can begin to climb the Valorant ranking ladder.

Since a perfect rank distribution is not attainable because Riot doesn’t provide an API to acquire info on the player base in Valorant.
However, there are several websites that gather and share data.

Every website can only access the data such as Match history, Best maps and Weapons, General performance,and all sort of detailed statistics.

By employing any of these utilities, to split the player base across all ranks;

The Rank distribution and Percentage of players by tier in Valorant;

Going from the lowest to the highest, the ranks in Valorant are:

According to the data at our disposal, the average player is ranked at Gold 1-2.
This is a reasonable placement
Radiant is reserved for the elite, but I think there are a bit too many players at Diamond and Immortal.

Finally, don’t forget that Valorant has been released recently, the rank distribution will require months to stabilize,
and the developers are constantly improving this game mode. 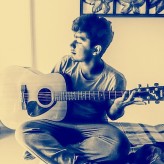 "I take a lot of the blame, man", Pascal Siakam grilled by reporter post Game 7 loss

Will Steve Smith play the second ODI vs England in Manchester?