Cricket is a game played between two teams of eleven players each on a Cricket field. People have been playing this game since the 16th century .Since then there have been a whole lot of  changes brought in the game to make it more entertaining. Also, with changing times, rules have been modified accordingly in order to keep the sport relevant.

One such change which the ICC is trying to implement is day-night Test Cricket which is a great prospect to make Test cricket more entertaining, by getting in more viewers on weekdays as well.

But, for now, this prospect of ICC has been brought to halt by BCCI as they have clearly denied the idea of playing Test matches in Day – Night format.

BCCI has rejected the idea of playing Day-Night Test Cricket against Australia where Team India will play four test matches later this year.

Cricket Australia made plans that the first Test game which is held at Adelaide would be played under lights, but BCCI doesn’t see any future for this concept and has hence rejected the idea.

BCCI has also decided not to go forward with the idea of hosting West Indies for day-night test game this October as they are completely against this concept and they see no point in pursuing with this idea of ICC.

Earlier, Rajkot was the venue where BCCI decided to play day-night test against West Indies this October.

Virat Kohli and co. haven’t really had the opportunity to play with the pink ball under the lights and hence do not want to be directly thrown into the International arena to face the music. 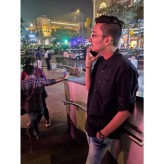 England vs Sri Lanka 1st T20I Live Telecast Channel: The SportsRush presents before you the…