Veteran India and Chennai Super Kings spinner Harbhajan Singh took to social media platform Twitter to lend support towards the farmers’ protest against the three agricultural laws in the country.

“Kisaan se hi Hindustan hai [India is because of its farmers],” the 40-year old player tweeted in Hindi and received instant response from renowned singer-turned-actors Ammy Virk and Ranjit Bawa.

It is worth mentioning that Harbhajan’s tweet has come in the middle of a “Bharat Bandh” call by the farmers which will be observed between 11 AM to 3 PM today.

There is no hiding to the extent to which farmers are protesting in and around national capital New Delhi for almost two weeks now. Having brought along all basic necessities with them from Punjab and Haryana, the farmers have repeatedly laid emphasis on remaining in Delhi till the time the central government doesn’t revoke these laws.

While the widespread protest has received ample support from almost all high-profile names of the Punjabi entertainment industry, some of the Bollywood celebrities have also been vocal across social media platforms regarding support for the same.

As far as cricketers are concerned, Punjab players such as Gurkeerat Singh Mann, Harpreet Brar and Arshdeep Singh have been regularly posting in support of the farmers. 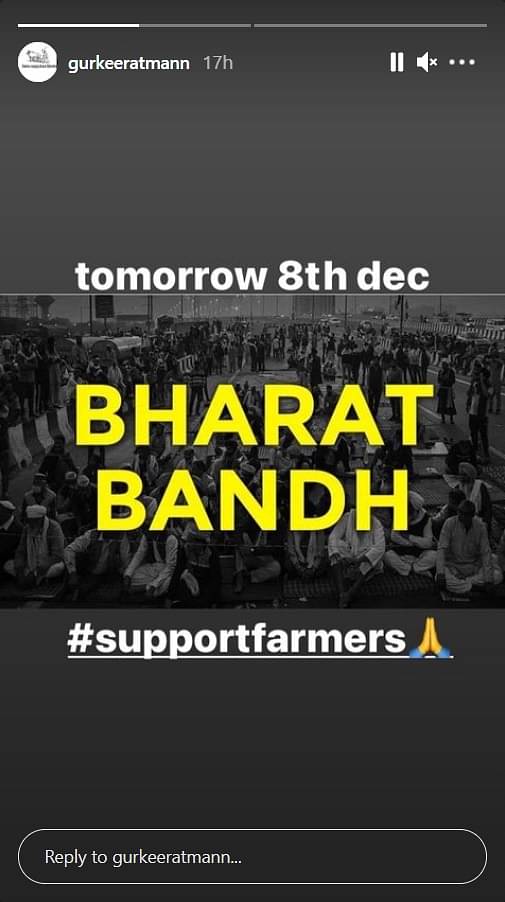 After India registered a 6-wicket victory in the second T20I against Australia in Sydney on Sunday, a video of India captain Virat Kohli being shouted at by a spectator regarding extending support to the farmers has been doing the rounds across social media platforms.

A strong voice for support farmers from the cricket ground.

'I'll be a free agent when Bronny graduates high school': LeBron James reveals best thing about his extension with Lakers

“Houston Rockets have a toxic culture”: James Harden thinks the Rockets are the Knicks of the West

Kohli and Stokes argument: The Indian captain and the English vice-captain were seen arguing with…