Euro 2016 Quarter finals begin tomorrow . Before we witness some heavyweight clashes , let’s take a look at the team of Round of 16 , which includes several star performers.

The Spain keeper benched Legendary Iker Casillas throughout the tournament , and gave Spanish fans hope for the future as their team goes through a transition. De Gea was not at his best against Italy but still made 4-5 crucial saves. The score could have easily been 4-0 or 5-0 had De Gea not been in goal.

If any player has really made a big breakthrough at the European Championships , it would be Kimmich. The versatile  Bayern Munich youngster can play in the midfield as well as at the back and has been installed at full back position by manager Joachim Low. He has made several chances down the right hand side and terrorised opposition defenders. Bayern Munich have a gem of player in their strides.

The veteran defender was at the Heart of Italian defence as Antonio Conte’s tactical masterclass saw off Spain. Chiellini was rock solid at the back as Italy held off any Spanish attempt to come back in the game after the defender had given Italy the lead, tapping in after a Eder free kick was saved by De Gea. 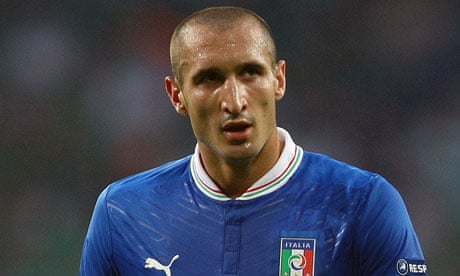 Iceland caused the shock of the tournament by defeating England. Sigurdsson had a fantastic game in the middle of the Icelandic defence. Not only he netted in Iceland’s equalizer after 4 minutes , he put in a solid performance at the back , denying England, he was really good in the air and cleared his lines perfectly. 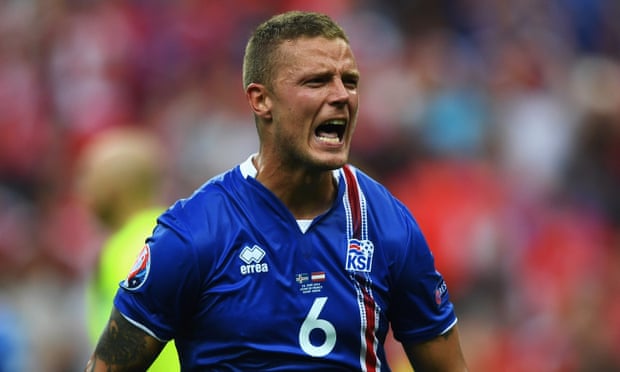 Patrice Evra had a decent game against Republic of Ireland , the french defender became an Internet sensation after his picture went viral . Evra has been a sport throughout his career and he himself played along posting a few pics himself. His performance on the pitch alone was enough for him to become an internet sensation , somehow his antics on the pitch earned him that added attention 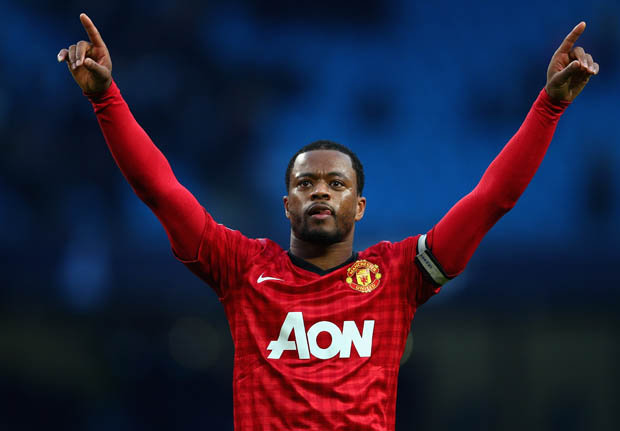 Kevin De Bruyne looks to have regained his best form . The manchester City midfielder was in inspired form against Hungary and himself had 7 shots on goal. The 24 year old keeps impressing in every game, Pep guardiola  will be very excited by the prospect of working with him.

Carvalho was in great form against Croatia. The Sporting midfielder assisted his centre halves throughout the game as portugal edged Croatia out 1-0. Such performances will only increase the speculations of him leaving sporting for a big club in Europe.

Julian Draxler was in sensational form as Germany saw off Slovakia. He constantly terrorised Slovakian defense and assisted Mario Gomez goal before scoring himself. He rightfully kept out Mario Gotze from the starting eleven.

Hazard was phenomenal against Hungary . He assisted 3 of Belgium’s 4 goals and scored a beautiful solo goals himself. He showed glimpses of the form he had with Chelsea in 2014/15 when he won the PFA player of the year in England. Antonio Conte must be keeping a close eye on him. 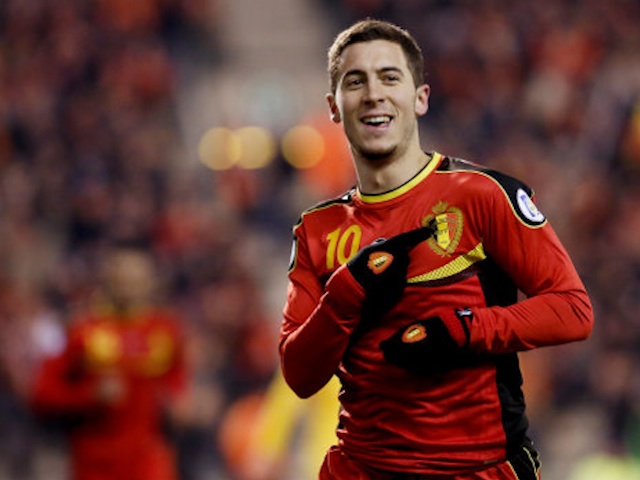 Southampton’s Pelle was in some form against Spain. The striker was involved in several Italian moves before confirming Italy’s dominating win with a neat finish past David De Gea in stoppage time. 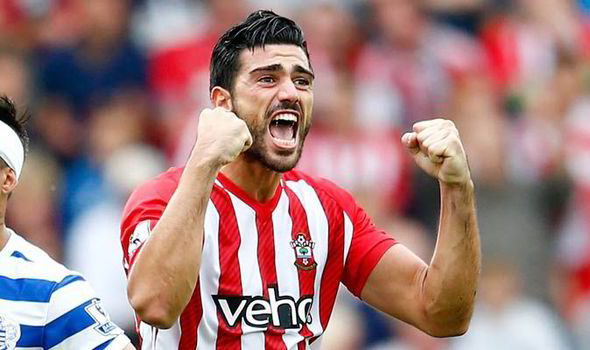 Griezmann was the architect of France’s comeback against Republic of Ireland. He scored in quick succession as the hosts came from behind to win 2-1. He could have easily had a hattrick as he was brought down right outside the penalty area which led Duffy being sent off. Griezmann is now the joint top scorer in the tournament and don’t be surprised if he heads home with the golden boot.

Here is how they line up