Daniel Ricciardo is rumoured to be dating the daughter of former Ferrari and McLaren driver Gerhard Berger.

Fans noticed Daniel Ricciardo and Heidi Berger spending time together after a site reported them celebrating his birthday together. The aspiring actress, a student at New York University, is the daughter of Austrian F1 driver Gerhard Berger.

Reports claim that they were spotted together in New York, shopping and enjoying brunch, as well as entering a hotel. Back in June, they were also seen in a video riding a helicopter in St Tropez. 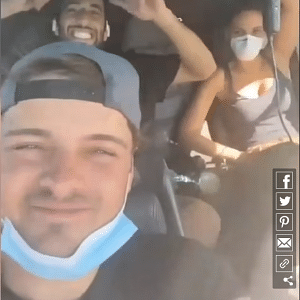 Fans also believe that Heidi was the woman behind the emoji in the Australian driver’s Instagram post during a hike in Los Angeles. 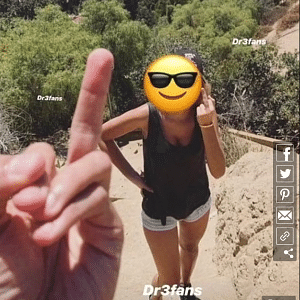 Daily Mail Australia reached out to Ricciardo and Heidi for comment but was unsuccessful. The McLaren driver is known for keeping his private life a closed secret. He was in a long-term relationship with Jemma Boskovich before the pair split up in 2016.

Also Read: Watch Daniel Ricciardo put on a show in Texas as he gets his dream NASCAR car run

Daniel Ricciardo is the coolest human

Earlier in 2018, reports claimed that model Jessica Gomes was ‘discreetly seeing’ the Formula One driver. A TikTok star, Sara Ayter, also recalled a wild night she shared with the racing driver in Ibiza on a private boat party.

Ayter described the 32-year-old as the ‘coolest human’ after Ricciardo invited her and two friends to a boat party upon meeting on the island of Formentera in 2019.

She said, “we were taking pictures in Beso Beach, and three guys came up to us and said they were going back to Ibiza on their private boat and asked us if we wanted to join.”

After a thrilling ride, the three friends were asked to join Daniel and his friends for a house party. “We had drinks, we played games, we stayed over.”

“The day after I was swimming in the pool and Daniel was the only one awake. I was cold and he asked me if I wanted his shirt, so I swam with his shirt,” she further added.

While there is no suggestion that anything romantic happened between the two, Ayter was extremely complimentary of how Ricciardo behaved towards her and her friends.

She said, “he was the entire time making sure we were alright. They were so, so nice. He was the coolest human.”

“Daniel was the entire time dancing, making jokes, smiling. Like has a huge heart. Now we finally know who he is!”

Also Read: Why are Red Bull suddenly quicker against Mercedes at COTA?

"Sixers are stupid, they should have given Ben Simmons a 5-game suspension.": Charles Barkley blasts Sixers star for practicing with a mobile phone in his pocket