To celebrate Halo’s 10th anniversary, the developers, 343 Industries in partnership with other studios released the Halo: Master Chief Collection. It is a compilation of all the first-person shooter games in the Halo Series. It was initially released in 2004, and the enhanced version came to Xbox Series S/X in 2020. The collection became available in Steam & Microsoft Windows only in December, 2019.

Every game in the series has got a phenomenal graphics update. Halo 2 has received the best of it, with high-definition redesigning of its audio & cut-scenes. The entire game is also optimized for Xbox Series X/S.

The Halo: Master Chief Collection is an anthology of all the previously released Halo games. Here is a list of all the games:

Since November 2020, there has been a significant increase in the number of player playing Halo: Master Chief Collection. Let us have a look at the growth in the average number of people playing the game.

Halo: The Master Chief Collection hits the top of the charts on Steam https://t.co/PNlUsTOmx7 pic.twitter.com/fceFVFZ3ey

Although the number dropped a bit in December, we can probably attribute it to the many new games which came out during the period. In the last 30 days, we have seen another small spike in the number of players. 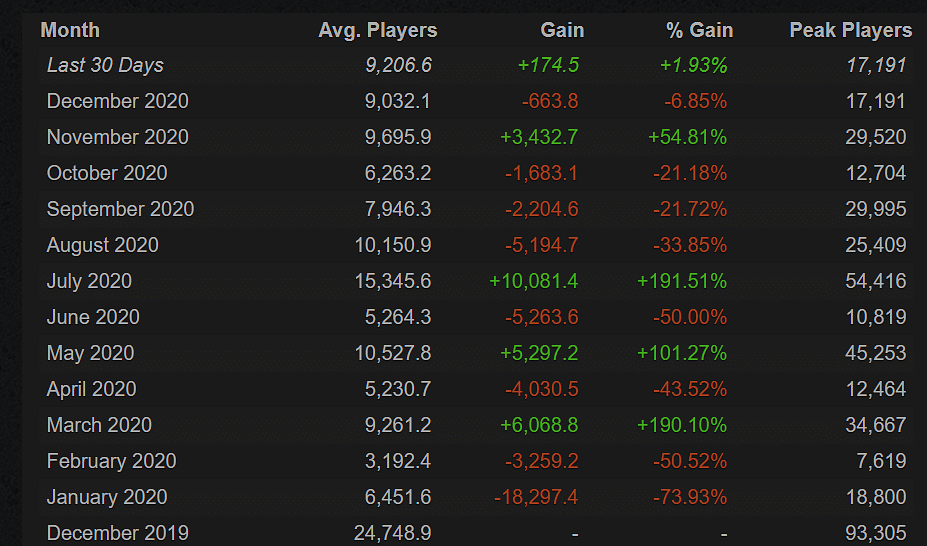 Related : What are the top RTS games

"Alex Albon is a young, ambitious driver and an outstanding gain for the DTM" - Ousted Red Bull driver confirmed for the Deutsche Tourenwagen Masters

"I’m not sure it will be ’22, but I think there’s a chance"- Ex-Minardi boss on new participants in F1