Barcelona continued their hobby of making the title race difficult for Real Madrid with an easy 3-0 loss against ninth placed Leganes. The Catalan giants now sit comfortably with 10 points clear from the Los Blancos at the top of the table.

The game also saw Luis Suarez end his goal drought with an impressive brace and a goal from the summer signing Paulinho wrapped things up for Barcelona who don’t look like handing over the title to any team this season.

On the other hand Real Madrid dropped points at Wanda Metropolitano against city rivals Atletico Madrid who are also having a dismal start to their title chase.

Real’s season has been hampered with dismal performances by their trio fondly regarded as the BBC, with Bale getting injured and Benzema and Ronaldo misfiring most of their shots. The journey towards the top of the table looks like a mountain task especially with a nose breaking injury to captain Sergio Ramos.

Barcelona however are leaving no stone unturned to keep their title hopes up and running. The club captain Andres Iniesta in an interview with Spanish media outlet Don Balon warned his team-mates about getting arrogant after a very impressive start to their campaign which shocked Messi.

He urged his team-mates to stay focused and not lose sight of what looks like a tough season ahead both mentally and physically (especially with the recent freedom of Catalonia as an independent country).

Both teams have a history of handing over the title to each other in the past ten years, with Atletico and Valencia being the only two teams in the league to have successfully broken the dichotomy with title wins in 2003-04 and 2013-14 respectively.

Although it’s way too early to decide who takes the La-Liga home this season, it is evident that the El-clasico will be the title decider as always. And with Ronaldos habit of brushing off critics with time, it is way too soon to predict a dismal season for Real Madrid. 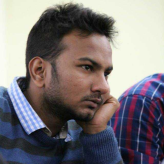 Virat Kohli upped his ante in the ICC Test rankings