Mohammad Aamir will not play against the World XI

Home » Cricket » Mohammad Aamir will not play against the World XI

The Swing King from Pakistan, Mohammad Amir is likely to miss the World XI series which is scheduled to play on Tuesday (September 12th).

It was learnt that Mohammad Amir and his wife are expecting a child on the very same date and he wants to be with his loving wife.

It is further learnt from the PCB sources that Mohammad Amir already took the required permissions from the parent board and the head coach, Mickey Arthur.

The return of Amir to the second T20I also looks unlikely as few sources additionally mentioned that he is suffering from back injury.

ALSO READ : Virat Kohli reveals if he will play for another IPL side

“He has been playing non-stop cricket this year and understandably he might not want to take any gamble with his back problem as Pakistan is due to play a full series with Sri Lanka later this month in the UAE,” a source quoted as per Times of India.

The absence of Mohammad Amir will cost Pakistan team dearly as he always been their go-to man during the tough situations.

Though they have a great talent in the form of Hasan Ali and Sohail Khan, the inadequacy of the experienced player in the side will always haunt the team at crucial junctures of the game.

The series is scheduled to start on September 12th at Lahore followed by the matches on 13th and 15th of the same month.

The venues for the next couple of matches also named as Lahore. Interestingly, the 3-match series is scheduled for a period of only one week.

The T20 series between World XI and Pakistan will mark the return of International cricket back to the country which will be a historical moment for Pakistan cricket.

It is also confirmed that the Asian nation, Sri Lanka are scheduled to play a T20I match at Lahore when they tour to UAE to play 3-format series against the very same opposition. 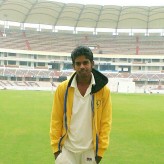 Virat Kohli reveals if he will play for another IPL side

Super agent wants Dybala to make a move to England