The New Year is here but F1 fans are still eagerly waiting for the 2018 season of Formula 1 to commence, the first race of the season is still a good 73 days away. Before we head to Austin Park for the first race, we will have the much-awaited car launches followed by the crucial pre-season testing in Barcelona.

Everyone is eagerly waiting for the testing, fans and pundits alike, to assess how the field will stack up for the upcoming year.

It is also worthy to note that this will be the first year that the Formula 1 franchise will run under its new owners Liberty Media Group.

While the calendar is all set and ready to be executed and all seems well, the F1 world seems to be still recovering from that shock ‘Logo change’ that was dished out by the authorities late last year.

Suddenly, when you opened the official F1 site, you were no more greeted with the traditional F1 logo but a revamped ‘red blot’ as introduced by the new owners.

This was a shock move, since the old logo was one of the most loved and associated logo with this form of motorsport. Many fans, including some frontline drivers, did not shy away from criticizing the new logo and move.

But we need to move on, and move on we will, with our beloved sport all set to return to action in a few weeks time.

As we gear up for the car launches followed by some amazing on track action in Barcelona, let us dive into the driver’s lineup for this season.

Starting with the team that has won four consecutive Constructors Championships(only the fourth team to achieve this feat).

Their car has been nothing short of a beast and truly justifies its nickname of the ‘Silver Arrows’ on the tracks.

Last season, after the shock retirement of Nico Rosberg from the sport very late into the pre-season left the team in a fix to bring in a new driver to partner with Lewis Hamilton.

The team decided to get Valtteri Bottas from Williams Racing. And thanks to these two top-class drivers, one of whom is the current world champion, that they won the constructors title. They have retained this winning duo going into the 2018 season.

A four-time world champion and the current reigning champion, Hamilton seems like a man on a mission.

Regarded as one of the greatest in the sport and one of the best drivers of our generation, he remains one of the top contenders to win and defend his title in 2018.

Vettel closely challenged him in 2017, but as the Ferrari challenge fizzled out, Hamilton held his nerve to take the title. But with Riccardo and Max improving; and Alonso hoping to have a more competitive car this season, rest assured it won’t be easy for him to defend the title.

‘The Finn’ is one of the most “complete package” on the track and has the potential to challenge Hamilton and possibly topple him too, remarked the team principal.

Ever since the first race, Bottas established that he would not act as second fiddle to Lewis Hamilton and challenged him for poles and positions in every race.

Bottas bagged his first ever career pole at Bahrain by nipping ahead of Hamilton.

A series of sub-par performances and struggles in the car while his teammate was churning out record times, kind of hampered his confidence but the kind of competitor Bottas is, he is sure to come back strong this season.

It will be another season for Bottas in a car capable of wining the championship, it remains to be seen whether he makes it ‘tick’ this time.

The Vijay Mallya & Sahara backed team from India advanced leaps and bounds in the last season.

Leaders in the midfield or better put as challengers for the top positions, Force India was definitely a force to reckon with

From silver livery to pink livery change early into the season for chief sponsors BWT, the team did not put a foot wrong, except when maybe their drivers were a bit too competitive on the tracks.

They were the best team behind the leaders Mercedes, Ferrari and Red Bull Racing; finishing fourth in the constructors championship beating their long time arch rivals Williams comprehensively.

Powered by the Mercedes engines, the team has dominated the mid field last season and focused on raking points in every race.

With a resurgent Renault and Renault powered McLaren this season, Force India will encounter a heavier and more competitive pack to race with.

The ‘baby faced’ Mexican is better known in the F1 world as “Checo”. When thinking of the most dependable and consistent driver, Perez was the zenith for the 2017 season, having a very consistent season with some third placed podium finishes.

Known for his tyre management, coupled with the strides that the engineers made with the car, Perez had consistently been amongst the points.

In the upcoming season, he will have to show is mettle and beat Ocon to maybe earn a drive at the top teams.

9 races. That’s right, after only 9 races at Manor, this young talented driver was on the roster for Sahara Force India. He fit right in, evident form the fact that he was a mere 13 points adrift from his seasoned teammate.

Ocon achieved an unbelievable feat of finishing 26 consecutive races since the start of his career beating Max Chilton, before running into the rubble in Mexico.

Hailing from the Mercedes drivers program, he has an exciting season to look forward to & even Mercedes will be keeping a keen eye on this young talent.

The French works company is a long-standing entity in F1 and is an engine supplier to both Red Bull teams- Red Bull Racing and Toro Rosso.

The team struggled in 2017 mainly due to its engine failure and reliability issues, which affected its customers too.

The team lost a lot of points to its unreliability and took close to 300+ penalty points, which led to fall out between the team and its customers. With a resurgent and new team, a three-way swap deal involving Toro Rosso and McLaren, Renault will have the talented young Spaniard Carlos Sainz Jr driving for them.

One of the most talented Germans on the circuit, Hulkenberg has struggled to prove his talent. Last season, he went on to claim the dubious record of ‘most race starts without a podium finish’.

The 2017 season was no better for the driver, in a team that struggled with engines issues and was competing in the packed mid field.

With Renault taking an aggressive approach towards engine development, and a new competent teammate to partner him, 2018 could be the year when Hulkenberg comes into his own. But he will have to act fast as at 30 years of age, time is not on his side.

Regarded as an aggressive and technical driver, this man from Spain has flashes of Alonso’s style of driving- relentless and unforgiving. Having spent a large part of time in the shadow of Max Verstappen, who was later promoted to Red Bull Racing, Sainz has made the maximum with his time at Toro Rosso.

Joining Renault for 2018, as a part of the swap deal, Sainz would expect a more competitive and reliable car, which does justice to his talent and provides him an opportunity to prove himself.

The all-American outfit, which came into existence in 2016, struggled this season. With the power unit provided by none other than Ferrari, one would expect the team to perform better in the season. They had one of the best debuts for a team in almost a century when the team managed to finish eight on the constructors table.

While the team has ended up scoring points on some occasions, it has also gone through lean patches of reliability and performance.

With the drivers complaining of lack of balance and configurations of the car, the main focus of the team would be to develop a reliable car. Among other things, it has been pointed out that a relatively new outfit and a backroom team has led to some loss of expertise as compared to other established teams.

Another Frenchman who has proven himself time again, yet victory eludes him in this format. A proven leader and a prolific driver, Grosjean has given some prolific performances over the years.

Last season, however, was not the best for him by any standards. Finishing at a lowly 13th place on the driver’s championship, his season was riddled with many off track moments and crashes.

The most horrific of them coming at the hands of stray drain cover in Malaysia, has raised some question on the Frenchman. Sticking with the team for another year may give him a chance to perform better in 2018.

This prolific driver from Denmark will, for the first time in his career, continue with a team for another season. It seems fitting to reward him for his performance at Haas, given the capability of the car.

He was found complaining about how the car was not to his liking and the ability of his teammate to handle it better, which showed in the 9-point gap between the teammates. He has focused on learning and exploring the sport this season, so it remains to be seen what he is capable of in the upcoming year. 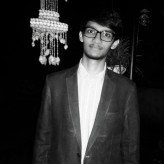