Russell Wilson cooks the Atlanta secondary. Did the Seahawks actually do it? New Season, New Seahawks? Russell Wilson burnt the Falcons defense having complete control over the game. The MVP season has started, as the Seahawks made an aggressive approach to week 1.

Also Read: Cam Newton after the Game Fight: Angry Cam Newton has to be dragged away from Dolphins after win

Russell Wilson became only the second player in league history to rack up 30,000 passing yards and 4,000 rushing yards in his career. The other? Hall of Famer Steve Young.

Russ and Steve Young in a league of their own @brgridiron pic.twitter.com/SV6Kxtc9Yw

Russell Wilson also had fantastic accuracy against the Falcons, missing on only 4 of his passes. He recorded an 88.6% completion percentage, the 3rd highest ever.

In today's win, @Seahawks QB Russell Wilson (@DangeRussWilson) completed 31 of 35 passes for an 88.6 completion percentage, tied for the third-highest mark in a single game in @NFL history, minimum 35 attempts. pic.twitter.com/si18z8xU48

That’s not it. As per Pro Football Hall of Fame, Wilson is now the 11th player in league history with 30,000 passing yards through their first nine seasons. Wilson claims he’s still looking to play for at least 10 more years, so records will be broken and set soon.

Seahawks had a surprisingly different approach to their season opener, with Russell Wilson making the highlights on numerous different occasions. Wilson threw for 4 touchdowns, completing 31 of 35 passes for 322 yards throwing no interceptions. He recorded a passer rating of 143.1 for the Sunday night opener. 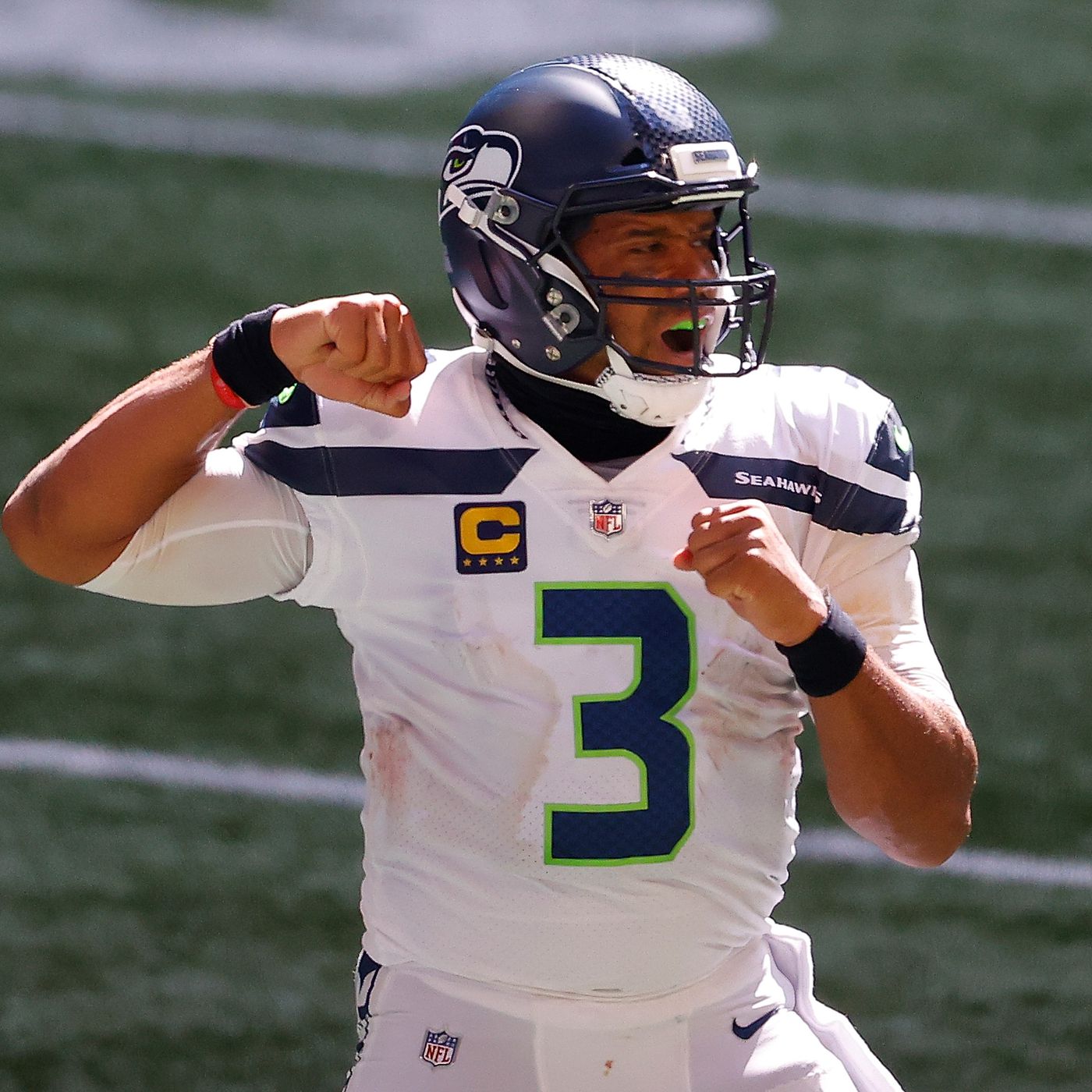 What went different, and what to expect next week?

The win over Atlanta marked just the fourth time in Wilson’s career that the Seahawks have run the ball 20 or fewer times in a game where he threw it 35 times or more. However, knowing Pete Carroll, the Seahawks will most probably hand the ball to stars Chris Carson and Carlos Hyde much more vs the Patriots game next week. Wide receiver Philip Dorsett was also inactive for the game with a sore foot. However, he should be ready to play his first game as Seahawk. Josh Gordon is also still waiting for his official reinstatement, and should hopefully be playing in a couple of weeks.