Is it time to recognize Chris Gayle as a legend of T20 cricket ?

Home » Cricket » Is it time to recognize Chris Gayle as a legend of T20 cricket ?

“I wanted this so badly. It’s a privilege to actually be the first person to get there. The Universe Boss is still here and still alive.” This is what the big West Indian had to say after he reached the landmark. So we ask the question, Is it time to recognize Chris Gayle as a legend of T20 cricket ?

Before the start of the 2017 IPL, Gayle needed 63 more runs to reach the 10,000 runs milestone. No other batsman had ever crossed that feat, with Brendon McCullum being the second in line with 7596 followed by Brad Hodge and D Warner. He scored 32, 6 and 22 in the three matches prior to his ‘wow-moment’ innings. An innings, where he went on to score a 38 ball 77, with the help of seven sixes and five fours. He is actually the only player till now to reach that humongous number.

Gayle was among the players who fetched a commanding price at the inaugural IPL auctions, going to Kolkata. In 2011, Gayle opted to join Bangalore in the fourth edition of the IPL. Over the next two years, he dominated the 4th, 5th and 6th seasons of the IPL with a fiery batting display, making him the most feared batsman. He set records for the fastest century reached in any format of cricket, the highest individual score in a T20 match, and the most number of sixes scored in a single innings in the IPL -records that made cricket lovers rub their hands in glee!

Till early March, he was playing for Karachi Kings in the Pakistan Super League. He has also been part of Australia’s Big Bash League, the Bangladesh Premier League, the Caribbean Premier League and even the Sri Lanka Premier League. Now, he is set to feature in the inaugural #T20 Global Destination League, where he is an icon player.

“Samuel Badree reminded me before the game and said ‘Chris only three more runs to go, make sure you get it’ so it was actually playing on my mind a bit,” he exclaimed. “Once I crossed the line, I said: ‘listen it’s time to have a go and then it eventually paid off, so I am really happy to get the runs.”

He was kept out for two matches but made a comeback on Tuesday as AB de Villiers missed out due to injury. But as seen earlier, he has always had the spirit to make a remarkable comeback and thus, he once again laid the foundation for Bangalore – this time against the Gujarat Lions in Rajkot. The trigger was Ravindra Jadeja’s second over, in which he hit two fours and two sixes. A 38-ball 77, with five fours and seven monstrous sixes, yet the most dazzling runs were those three runs that helped him make history.

ALSO READ : India might pull out of the ICC Champions Trophy

“People are still looking out for Chris Gayle. The universe boss is still here and still alive,” he said. “It was great fun. You know it’s good to be back. I wanted this so badly, but first of all to get 10,000 runs, it was actually on my mind, so I’m glad to get that sort of achievement. It’s a privilege to actually be the first person to get there. Hopefully I can continue entertaining the fans.” He added, “It’s not really premeditated, it just comes natural, to be honest. Over the years, a lot of guys spoke to me about my stance. Even Shaun Pollock spoke to me about my stance. You’re never too old to learn.”

He did not forget to thank people who help him to go out on field every time and hit those runs. “I just want to thank the fans and all the franchises where I have actually played around the world. Even playing for West Indies as well. At the end of the day, they have actually played a part in these 10,000 runs as well. So, I want to thank all the franchises. It has been fantastic and like I said still I have a lot more to offer to the fans. Hopefully, I can keep entertaining and get a few more thousand runs under my belt.”

There have been concerns about his inconsistency, but what actually matters is how he comes out there and still manages to hit those big sixes. He is a man that never gives up despite the difficult circumstances. 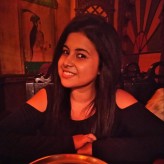 What did Pullela Gopichand say about the Indian Badminton scene ?

In a recent interview, Australian all-rounder Marcus Stoinis has shared some interesting convos with MS…