WWE Cancels Registration For ‘Cody Rhodes’ Trademark. The company was the trademark owner for over a decade since filing it in 2009.

In what may come as a huge victory for Cody Runnels, it appears that the WWE have filed a cancellation notice with The United States Patent and Trademark Office, surrendering the Cody Rhodes trademark according to documents attained by HeelByNature.

The WWE originally applied for a trademark all the way back in 2009. The original filing was for a duration of 10 years and expired in October 2019. However, the WWE did not renew it then or in the 6 month grace period and only showed interest in it a month after Cody applied for it. 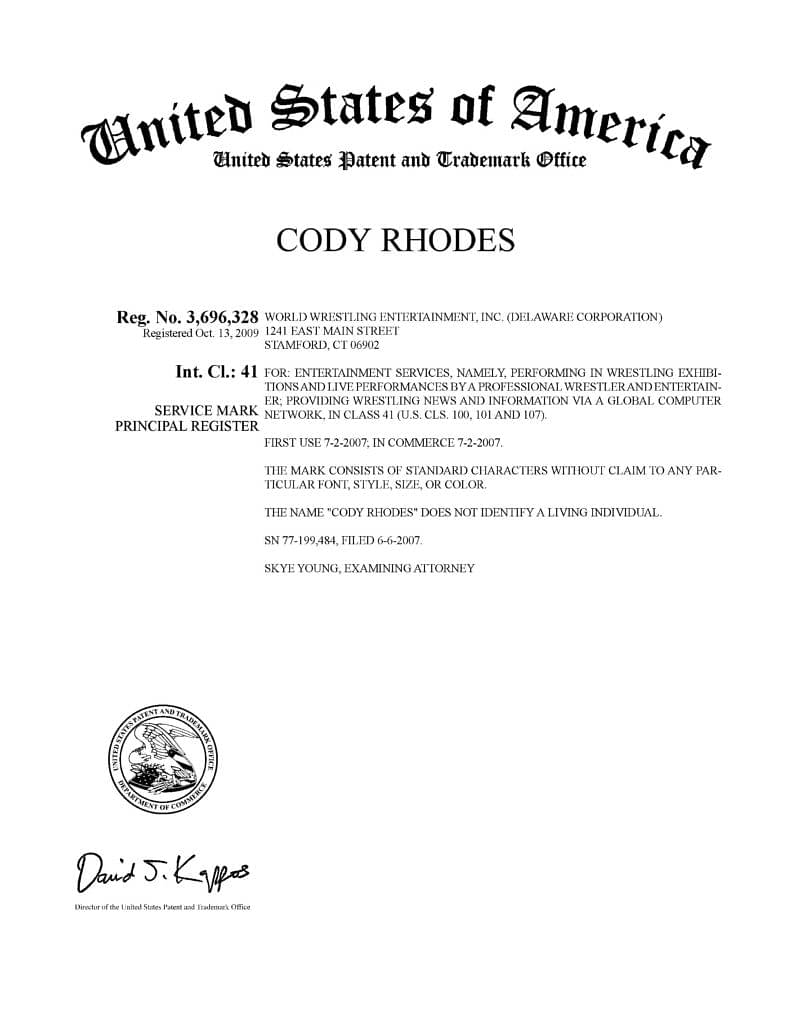 The WWE cited Covid-19 as their excuse for a delay in renewal. They claimed that they didn’t want the trademark for “live performances by a professional wrestler” but instead for “entertainment services, namely, performing in wrestling exhibitions; providing wrestling news and information via global computer network”.

“It’s not as sultry/scandalous as reported. It’s just business,” Cody commented on the WWE applying for the trademark earlier this year. T’hey’ve seen the same data we have, and they know they can make big money off the brand (even though it’s not in their house). Trying to license me is flattering, but it doesn’t stop this train from moving. No grudge.” 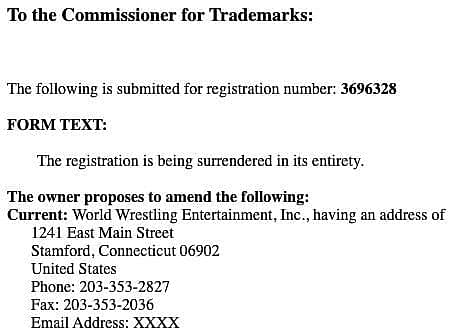 The cancelation was finalized Wednesday morning with the trademark office according to the report. This clears the road for Cody in his own case. He has until January 2021 to update his case.

Roman Reigns discusses fight with Leukemia and inspiring others in similar situation. The WWE Universal…