Virat Kohli and Anushka Sharma exchanged some funny comments on recent Virat Kohli’s picture with a cat while training.

Virat Kohli left the T20I captaincy of India after the T20 World Cup 2021. The World Cup was a disastrous one for the Indian side, where they could not even reach the knockouts. Pakistan and New Zealand defeated them easily to knock them out of the tournament. Apart from Team India, Virat Kohli will not even lead RCB in the upcoming IPL 2022.

Kohli decided to opt-out of New Zealand T20Is, whereas he will not play the first test in Kanpur as well. Virat has not scored a single International century in the last two years. His last century came against Bangladesh at the pink-ball test in Kolkata in 2019.

Ahead of the Test series against New Zealand, Virat met an unexpected visitor while practicing. He uploaded a picture with the cat on Instagram and wrote “A quick hello from a cool at practice”. His wife, Anushka Sharma commented on his post “Hello Billi”, and then Virat Kohli posted a hilarious reply to Anushka’s comment. Virat wrote “Launda from Dilli and Mumbai ki Billi”. 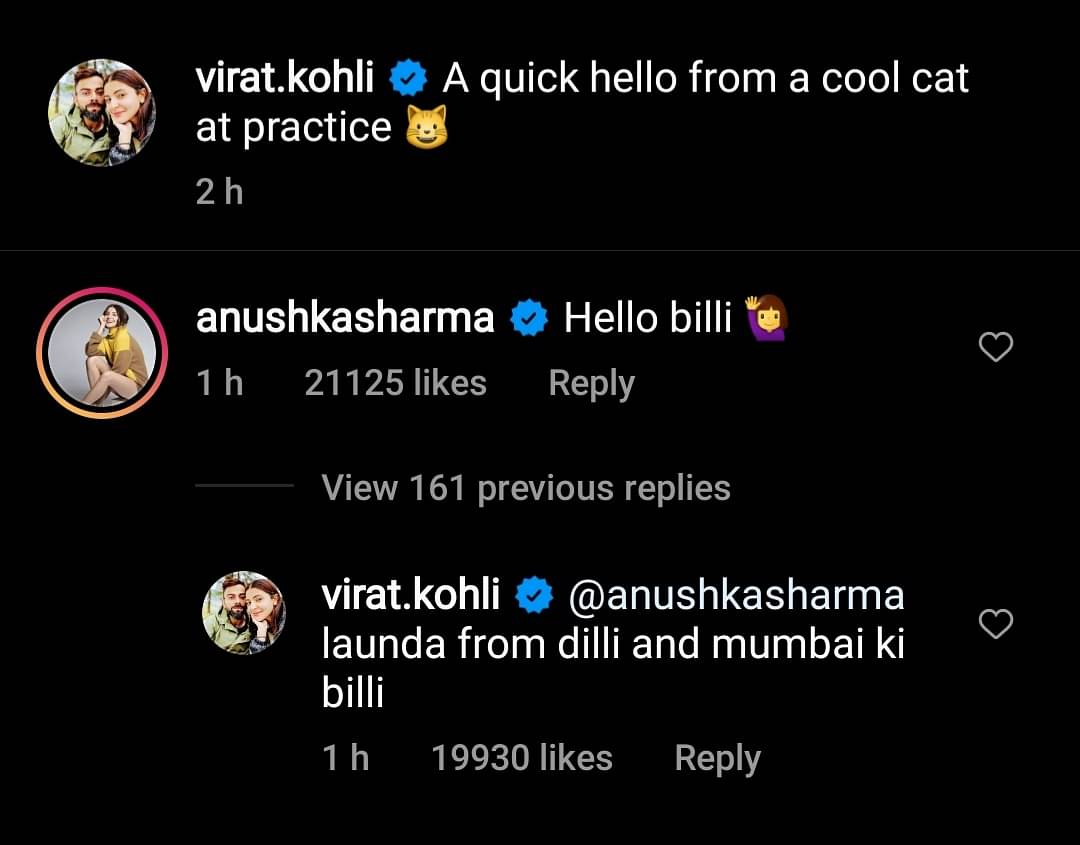 Virat Kohli & Anushka Sharma are one of the power couples in the industry. A couple of days ago, Virat posted a picture on Instagram with Anushka which has already crossed more than 7.4 M likes on Instagram.

Anushka and Virat first met in 2013 during a commercial shoot, and there started their love story. In 2014, both of them made it clear that they are in a relationship. After the 2015 WC exit, there was a lot of hate given to Anushka, but Virat openly supported her. Both of them finally got married in 2017 in a private ceremony in Italy. Earlier this year, Anushka gave birth to their daughter “Vamika”, and they have decided to not reveal her face on social media.

"Did Peyton Manning think you were his 10 year old's friend?": Eli Manning roasts Kevin Hart about the time he played football in Mexico with HOF QB

"Is that Tom Brady or Usain Bolt?": Buccaneers QB defies physics and age as he makes defenders miss on electric scramble during MNF game vs. Giants