Czech Republic face off with Croatia in their group D encounter in Saint-Etienne with both sides coming off the back of contrasting opening day results. Croatia saw off Turkey with a wonder strike from Modric while the Czechs fought bravely but ultimately fell against the European Champions Spain. It’s going to be an interesting game and here are the key battles to look forward to.

Just like Andres Iniesta dominated when Spain beat the Czechs , Modric did the same against Turkey.  Rosicky played almost as a defensive midfielder against Spain trying to absorb the pressure from Spain. He is likely to play further forward this time but once again he will be tasked with keeping out Modric. The Czech captain will hold key to this particular duel.

Kaderabek is arguably Czech Republic’s best full back and will try to go forward at every opportunity. Croatia might employ Ivan Perisic to the right side where he can be more of a danger and try to out wit Kaderabek.  There are going to be some interesting one on ones in this game.

Plasil is one of the most experienced players in this Czech team having played 100 games , the midfielder like to drift back and control the games and also at times doubles up as a defensive cover. He will face an uphill task against the versatile Ivan Rakitic who likes to control the game and go forward at every opportunity. This will be an interesting one to watch.

Former CSKA striker Necid rediscovered his form since his move to turkey last year and will always pose a threat going forward , he will be closely looked upon by the tough Vedran Corluka who had a bloodied game against Turkey , but is expected to play. 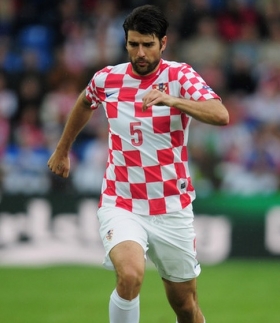 Tomas Sivok is Czech Republic’s most experienced defender and his side will face an uphill task trying to stop Luka Modric and Ivan Rakitic. Sivok himself will have an eye on Juventus striker Mandzukic who will pounce at every opportunity that comes his way.