F1 2021 Schedule: Google shows incorrect inclusion of the Canadian Grand Prix, even though it has been officially excluded from the calendar.

The Canadian Grand Prix was supposed to return in Formula 1 calendar this year, but the sudden COVID-19 spike in Canada compelled them to withdraw their participation.

It’s been almost two months when the news of Canada quitting F1 for 2021 got released, and even its replacement Turkey also wished to back out from the schedule.

According to Google, The Canadian GP is still a part of the calendar and hilariously claims that it would occur next week. In reality, there is no Grand Prix next weekend, and the next race is in France from 18-20 June. 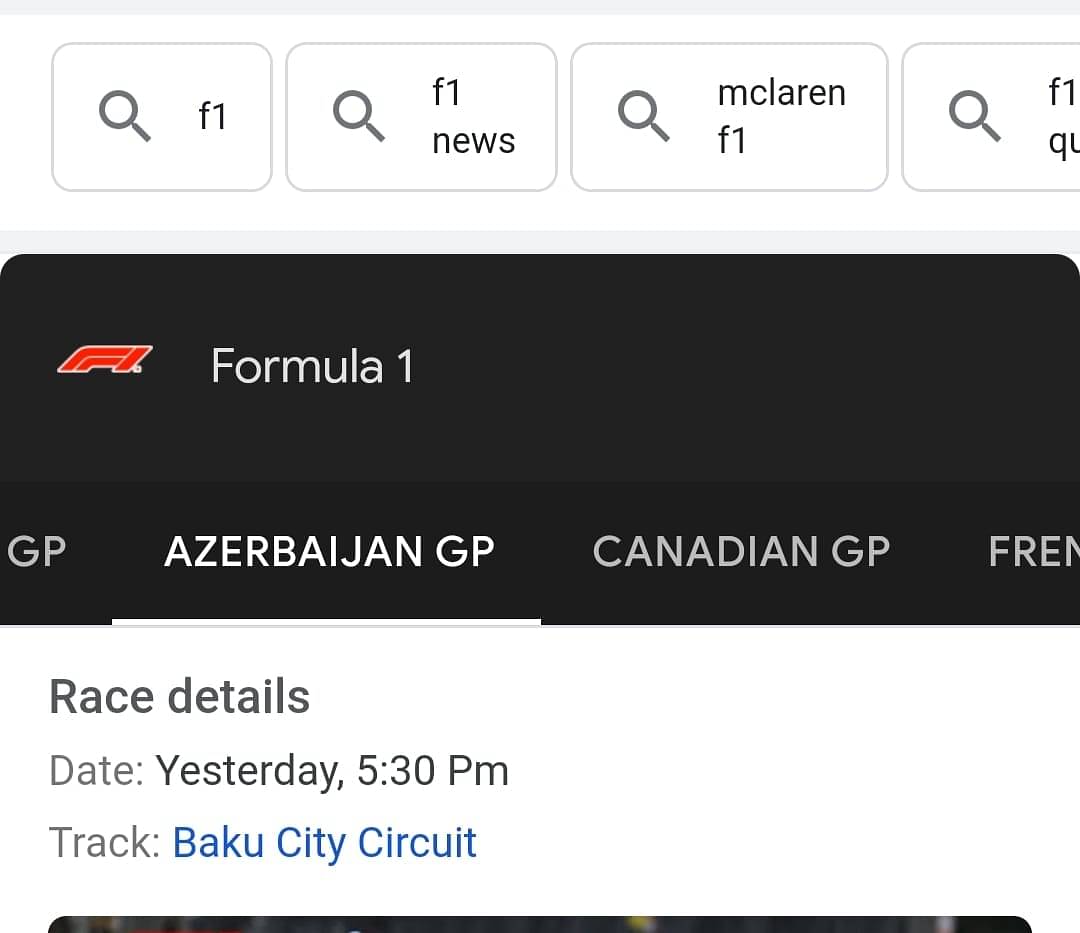 The era of cancellation

With the start of 2021, the sports fraternity thought every grand event would happen smoothly, but the new variants troubled few countries in the pandemic battle.

Three countries have decided against participating F1 calendar this year– Canada, Turkey and Singapore. Out of which, the former pair has been replaced by a second header in Austria.

Meanwhile, Singapore is yet to be replaced, as F1 is contemplating between the multiple options available. It’s over two years when the last F1 race was conducted in Canada and Singapore.

Meanwhile, the F1 season has remained unhindered and already completed six races out of the proposed 23 races. The contingent is now ready for the next race in France, with the points table being the tightest in a long time.

With Lewis Hamilton and Max Verstappen vying for the title, and only five points separate them.

“If Allen Iverson didn’t make it to the Finals, I might have left the NBA”: Ty Lue recalls the iconic ‘Iverson stepover’ as a sort of blessing in disguise

“LeBron James and Anthony Davis are officially on vacation”: Both Lakers superstars will look to rehab and not join Team USA for this year’s Tokyo Olympics