“I am too having a hard time”–Lewis Hamilton writes down a heartfelt message on mental health; he admits his own state of mind.

Lewis Hamilton is among the most outspoken race drivers in Formula 1, and now he has won admiration by opening about mental health, which male athletes hesitate to do, with the fear of being termed weak-minded.

The Briton race driver asked his fans if they are going through a hard time, then they shall remain strong, as he confesses that even he is involved in the same fight.

“If there’s anybody out there struggling right now, I just want you to know you are not alone. I am too having a hard time but I know we are going to get through this,” wrote Hamilton on his Instagram story.

“You have so much potential in you that you may not even be aware of. You have so much to give to the world. You are special and unique, there is nobody like you, no matter what anybody says.”

“Be bold, be strong, be you, you are beautiful in every way, let’s be great together. Hope our paths cross someday, in this life or the next. I’m sending you love and light and positivity for your weekend.” 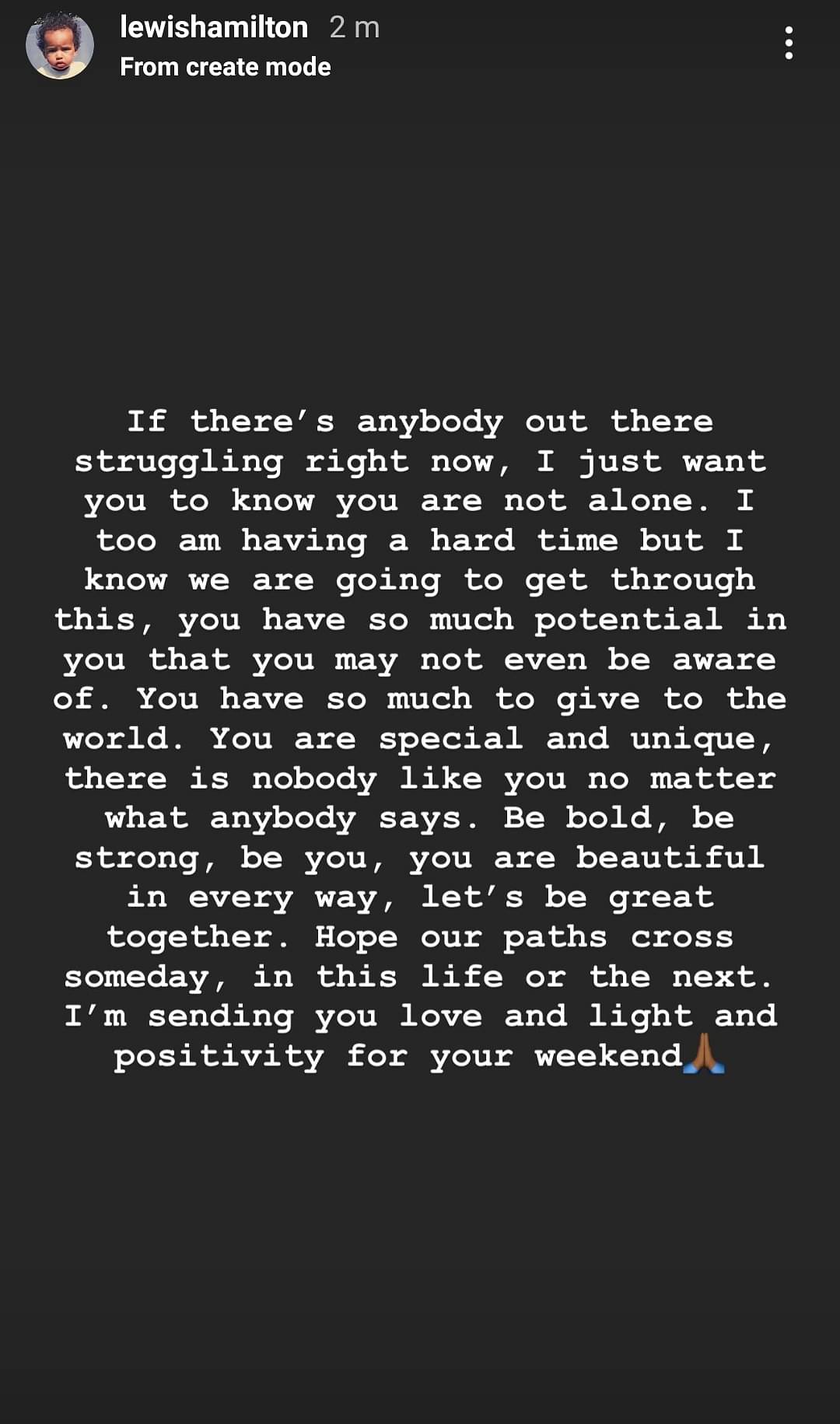 A discourse on mental health has started in F1.

F1 has often been viewed as a sport of ultra-masculinity, and the topic of mental health has most of the time been snubbed. But in recent times, an open discourse over it has started by the current grid drivers.

Lando Norris, the McLaren superstar, after his second season with the Woking-based team, wrote a blog about his mental health state during his rookie year and how it was difficult for him to overcome.

The recent efforts by drivers have at least not kept mental health as a taboo in F1 anymore.