On Tuesday morning, McLaren released a statement revealing that their rising F1 star Lando Norris was mugged following the Euro 2020 final game between England and Italy in Wembley.

Instantly several reactions on Twitter were followed, displaying their worry for the 21-year-old race driver. A few hours later, Norris responded by claiming his well-being and gratefulness about people worrying for him.

“Hi world, thanks for all the messages, everyone,” Norris posted on his Instagram. “Really means a lot to see so many messages of kindness and love from you all.

“Thought I’d let you know that I’m doing well and trying to make sure I’m ready and in the right zone for this weekend to perform at my best, Love you all and can’t wait to see so many of you back at the track this weekend.” 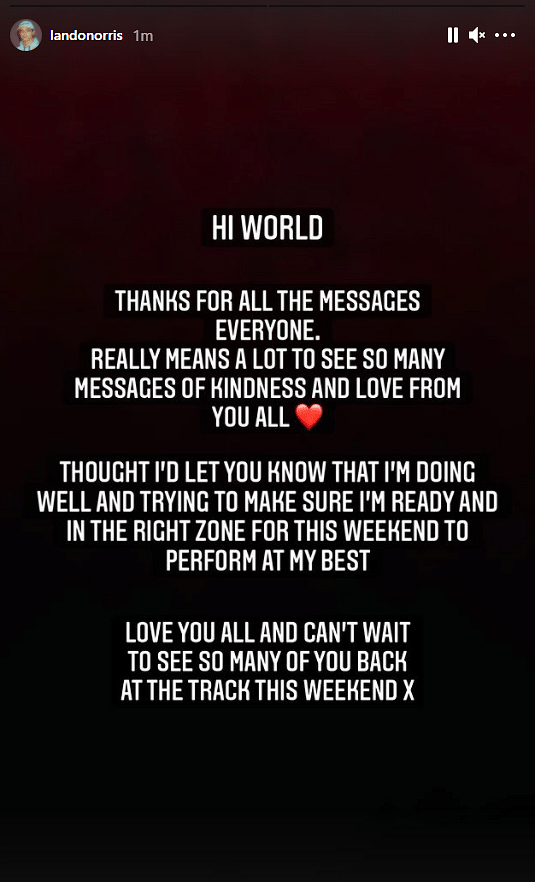 The defeat of England in Wembley followed an ugly turn of events in London, with several racist comments against the English football team’s black footballers, who missed penalties in the shootout– Jadon Sancho, Marcus Rashford and Bukayo Saka.

The comments were immediately condemned by various English personalities, including seven times world champion Lewis Hamilton, who is one of the prominent anti-racism voices in sports.

The racist comments even forced the English FA and Prime Minister Boris Johnson to release statements against the remarks made on the above three footballers.

This England team deserve to be lauded as heroes, not racially abused on social media.

Those responsible for this appalling abuse should be ashamed of themselves.

On the other hand, it has been reported around 49 arrests were made during the Euro 2020 final on various charges, which also includes some local fans trying to illegally break into the stadium, with many videos surfacing online.