From the beginning, cricket has been regarded as the game of gentlemen. But, there was a time cricket was just a game for those who love it. The term of professional cricketers was a distant dream.

However, as soon as cricket wooed commercial entities things have changed. With money has become the heart of the game a group of professional cricketers popped up. Over the years, cricket has become one of the biggest platforms for sponsors.

Since money has become the heart of the process there are bad boys of the game who failed to restrict them as they took money from the fixers to fix matches.

Former South African captain Hansie Cronje was one of the best brains of cricket.

During South Africa’s tour of India, he took money from the bookmaker for proving information regarding the match and fixing the match.

As the match-fixing scandal was exposed Cricket South Africa banned him for a lifetime.

Followed by this incident Cronje agreed to expose who are the others involved in match-fixing during the 2000 tour of India. But, in a plane crash, he died.

The former Indian captain was another man of 2000 home series against South Africa who was found guilty of taking money from the bookers.

Azhar allegedly provided confidential information to the bookmakers and introduced Cronje to the bookers.

However, on November 8, 2012, the life ban was overturned as the case was deemed unsustainable.

Former top order batsman of Pakistan Saleem Malik was given life ban for offering a bribe to the fellow players.

Since he was found guilty of match-fixing Pakistan police jailed him and he became the first cricketer to get jailed.

In 2010, Mohammad Amir was found guilty spot-fixing. He was 17-year-old then.

During the Lord’s Test Amir overstepped while bowling as per the direction of tainted captain Salman Butt and Mohammad Asif.

However, after serving five-year ban he was allowed to play international cricket as he was a teenager.

Ashraful took money from bookers to in 2013 Bangladesh Premier League. As he was found guilty he was banned for eight years.

Currently, he is out of the Bangladesh team. But, Ashraful’s decision to fix matches deprived Bangladesh of enjoying a star batsman. 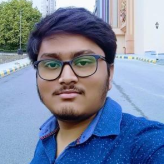