Sting makes AEW debut at ‘Winter is Coming’. The Icon made an appearance to save Cody Rhodes and Darby Allin from a post-match beatdown.

WWE Hall of Famer, Sting is now All Elite! The ICON made his first appearance for the promotion at tonight’s ‘Winter is coming’. This was also his return to TNT since March 2001 during his time at WCW. It was long rumored that he would join the promotion. However, as the months went by it began to seem like it was just a pipe dream after all.

Rumors began to swirl once again after the WWE removed all of Sting’s merchandise from the WWE Shop. However, there was no official word on the move and Dave Meltzer speculated that if Sting did join AEW it would be when they were allowed to have full crowds again.

Despite months and months of speculation that the ICON was AEW bound, it was completely surprising when it did finally happen!

Cody Rhodes and Darby Allin prevailed against Powerhouse Hobbs and Ricky Starks. However, they suffered a post match beatdown by the heels. Out went the lights while and in came Sting…

.@STING HAS ARRIVED IN ALL ELITE WRESTLING!
Watch #AEWDynamite NOW on @TNTDrama pic.twitter.com/NMLGKqdQtX

Sting’s appearance caused the heels to flee immediately while the legend stared down everyone left in the ring.

AEW was quick to announce the signing and even put out a press release soon after the debut. 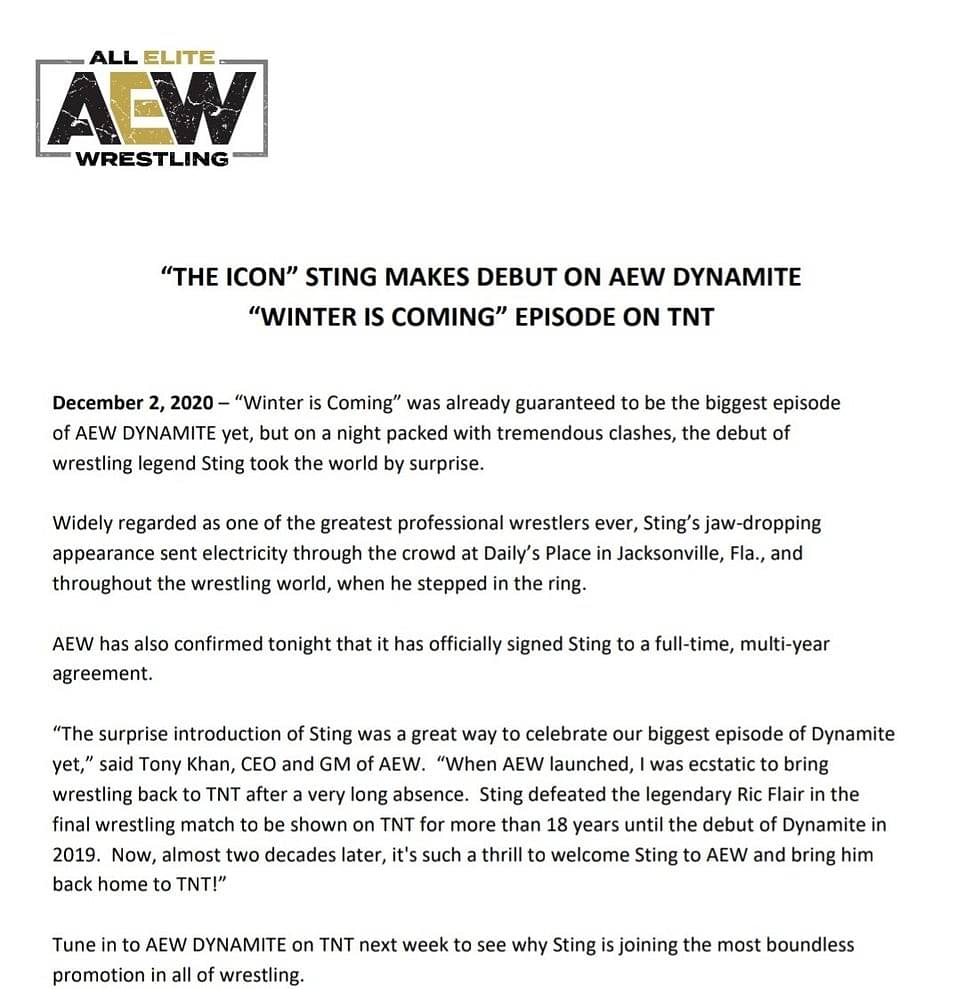 This is huge for AEW!

Sting’s presence will surely go a long way in bringing more eyes to their product. There are question marks regarding his in ring ability considering his age. However, Sting, to this day, remains one of Wrestling’s biggest names and AEW can pat themselves in the back for the signing.

The Wrestling World comes together to celebrate Pat Patterson’s life