India vs New Zealand 2021 tickets Kolkata: The SportsRush present before you full ticketing details for IND vs NZ 3rd T20I.

The third T20I of the upcoming New Zealand’s tour of India will be played at the iconic Eden Gardens in Kolkata on November 21 (Sunday). Eden Gardens, which had hosted it’s first-ever T20I a decade ago, will be hosting it’s eighth international international match in the shortest format in the days to come.

While there is no hiding to the fact that this series is being looked upon as a new start for India’s T20I squad under a new captain and head coach.

New Zealand, on the other hand, will be looking to continue with the same momentum which saw them finishing as runners-up of the recently concluded ICC T20 World Cup 2021.

Readers must note that New Zealand had won their only T20I in Kolkata half-a-decade ago. While they had defeated Bangladesh by 75 runs during the ICC World Twenty20 2016, they are yet to play a T20I against India at this venue.

Much like the visitors, the hosts also have an unbeaten record at the Eden Gardens winning each one of their three T20Is here. The last time when India had played a T20I in Kolkata was against West Indies three years ago.

The tickets for the third T20I between India and New Zealand were available on BookMyShow. Fans had to visit either their website or application to book the tickets.

ALSO READ: How to book tickets for India vs New Zealand 1st T20I in Jaipur?

Having said that, the tickets are no longer available on the back of a steep demand. It isn’t surprising, by any means, that tickets for a Kolkata T20I involving India have been sold out a week in advance. 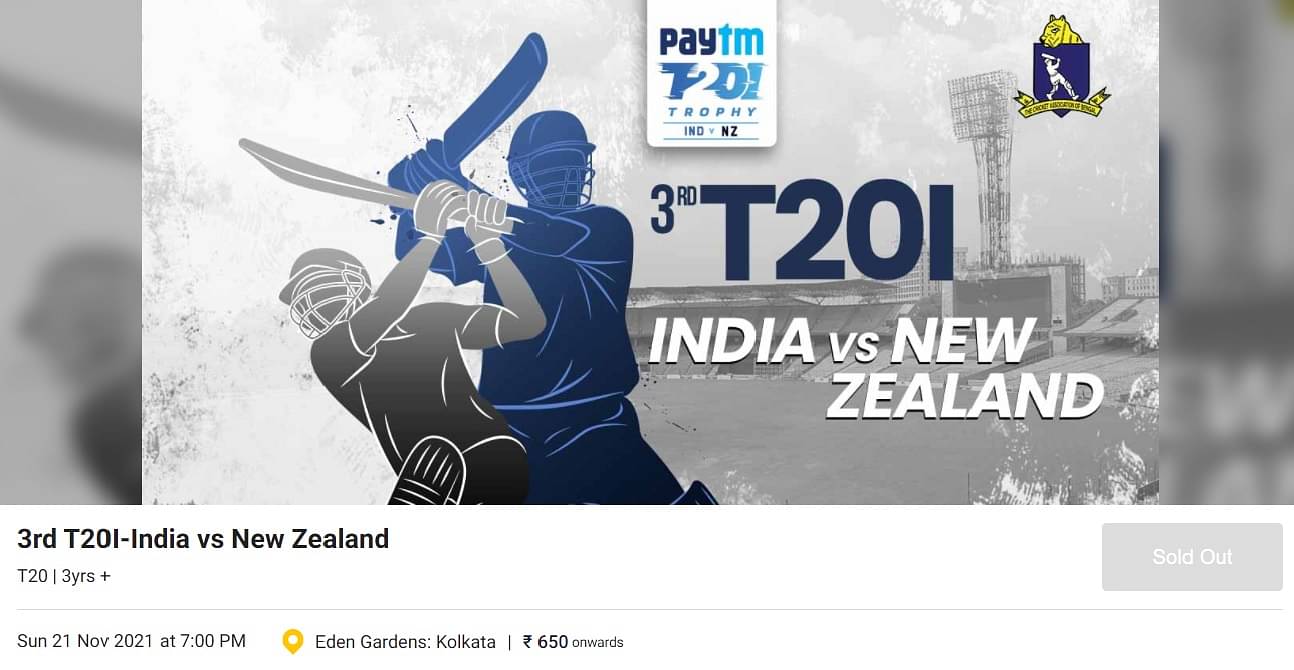 Talking about the availability of tickets from offline counters set up at the stadium, there is no official information regarding the same as of now.

"The decision was just laughable": Mercedes chief blasts the FIA stewards for not penalizing Max Verstappen for his aggressive defending at the Sao Paolo GP

Mirpur Bangladesh weather forecast: Day-3 of the 2nd test between Bangladesh and Sri Lanka has…