Why Prithvi Shaw not playing today: Delhi Capitals have made a total of three changes to their Playing XI for this match.

During the 64th match of the ongoing 15th season of the Indian Premier League between Punjab Kings and Delhi Capitals in Navi Mumbai, Punjab Kings captain Mayank Agarwal has won the toss and chose to field.

“We would like to bowl first. I don’t think the wicket is going to change much and last time we played there was dew, that’s why we would like to bowl and have that advantage when we are chasing. We have definitely found the right combinations and with the batting we have used whoever we can at different positions, it is working well and we have batted well in the last 2-3 games,” Agarwal told Star Sports at the toss.

Having comprehensively defeated Royal Challengers Bangalore by 54 runs at the Brabourne Stadium on Friday, Kings haven’t made any change to their Playing XI for this match.

Why Prithvi Shaw not playing today vs Delhi Capitals?

Much like Agarwal, Delhi Capitals captain Rishabh Pant also wanted to bowl first at the Dr DY Patil Sports Academy tonight. Unlike Punjab, Delhi have made a couple of changes to their Playing XI bringing in batter Sarfaraz Khan and pacer Khaleed Ahmed for batter Srikar Bharat and pacer Chetan Sakariya.

“I think we were looking to bowl but toss is not in our control. I think the only thing we were focusing on was how to prepare for the match,” Pant told Star Sports at the toss.

While Bharat (eight runs in two innings) has left out due to his current form, Sakariya had to make way after Ahmed recovering from an injury. The development also means that Capitals opening batter Prithvi Shaw will miss his fourth match of the season. 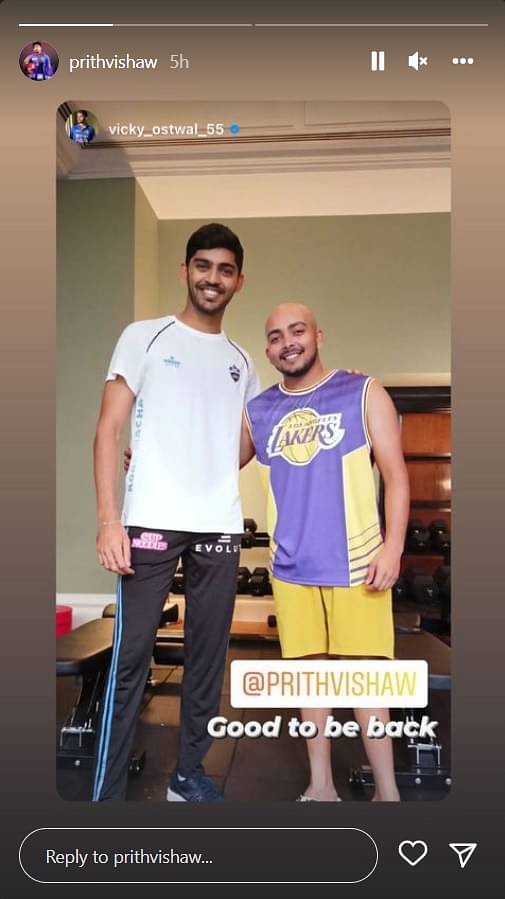 Shaw, 22, was recently hospitalized after falling ill. While Shaw has rejoined the squad after recovering from typhoid, perhaps lack of training or match fitness has resulted in DC continuing without him.

"The No.1 QB ahead of Peyton Manning": When the legendary Allen Iverson was considered a great NFL prospect and nearly became a quarterback

Dublin cricket stadium pitch report: The SportsRush brings you the pitch report of the first…