“To Valtteri, enjoy my pole trophy”– Lewis Hamilton dedicates his Turkey pole position reward to his Mercedes teammate ahead of Sunday race

“To Valtteri, enjoy my pole trophy”– Lewis Hamilton dedicates his trophy to his teammate after replacing him in Sunday grid position.

Lewis Hamilton secured his 102nd pole position in the Turkish Grand Prix qualifying on Saturday, but the liable grid penalty has downgraded him to P11 ahead of the Sunday race.

Thus making Valtteri Bottas the de-facto polesitter. Bottas finished right behind him on Saturday, with only a marginal difference of one-tenth of a second.

After grid penalties are applied for Lewis Hamilton and Carlos Sainz, here’s how the drivers will line up for Sunday’s race 🚦#TurkishGP 🇹🇷 #F1 pic.twitter.com/N5IEkvafDR

Bottas would be serving Mercedes’ interest of keeping Max Verstappen at bay, helping his teammate to stay upfront in the drivers’ championship standings.

Meanwhile, Hamilton would make full attempts to climb up the midtable herd to ensure a podium for himself. Moreover, Mercedes showcasing better speed than Red Bull in Istanbul is another positive sign for the Silver Arrows before the race.

Whilst, a nerve cracking contest between Red Bull and Mercedes is awaited. In the meantime, we have witnessed a massive amount of goodwill between Bottas and Hamilton.

Especially ever since, Bottas’ imminent exit from Mercedes was announced last month. Amidst all of this, Hamilton has displayed another nice gesture to his Finn teammate.

Bottas, on his social media, shared the polesitter trophy with “To Valtteri, enjoy my pole trophy” written on it and signed by Hamilton. It only remains to be seen whether Bottas would manage to uphold Hamilton’s interests from there. 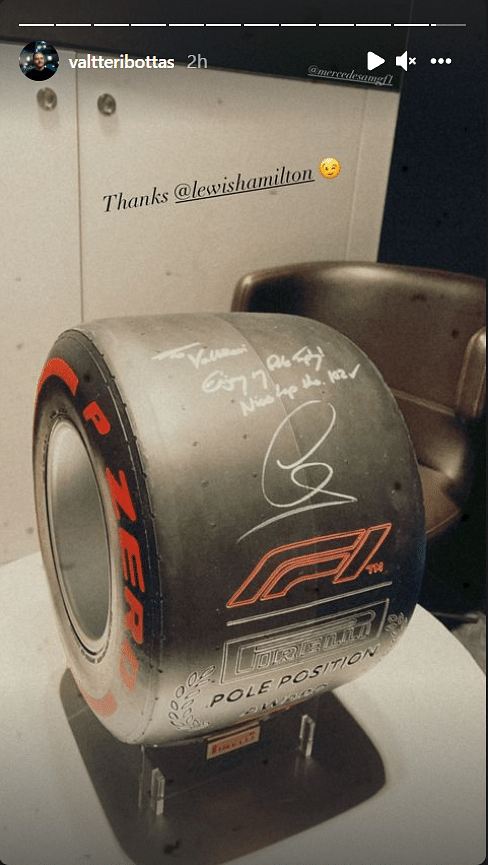 Verstappen isn’t highly motivated going into the race after seeing his team’s performance across the weekend. He assumes that if his car lost to Mercedes in the qualifying, that will reflect during the race too.

So, with all the trends indicating an upper hand for Mercedes in Turkey, it only remains to be seen whether they will manage to capitalize in Istanbul.

NFL Streams Reddit: How to Watch Every Week 5 NFL Game For Free Without r/nflstreams