The Red Devils have shown enough interest in the forward, but he is waiting for a perfect side to enhance his personal development. However, there were widespread reports about the Red Devils bidding 80 million for the forward with player’s entourage.

Nevertheless, those allegations have been rubbished by his agent, who quoted “Fake News” tagging Yahoo Sport French. 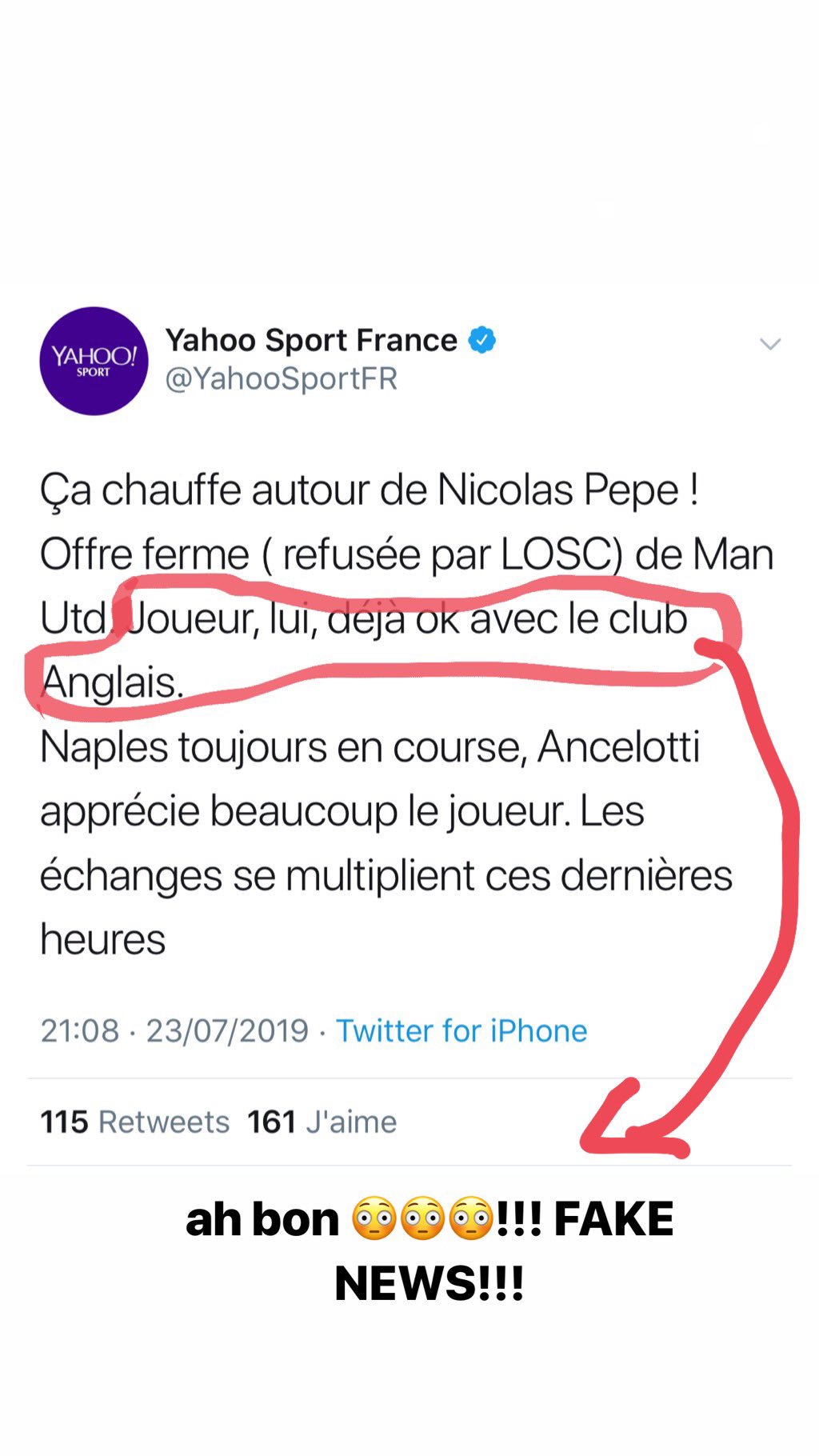 This will come as a huge piece of news to Liverpool, as they prepare to land him this summer. There has been silence among the English media by playing down the news, but reliable French journalists, along with Lille’s president have confirmed about the Reds interest.

Bayern Munich, Inter Milan, and Arsenal are the other sides interest in the forward, but he is yet to take a decision on his future. The inevitable delayed transfer is mainly because of the AFCON commitments with this country. The Elephants were brought down by Algeria in the Quarterfinals, leaving the player to take a decision sooner or rather than later.

Club president Gerard Lopez confirmed that the player is close to joining a club.

He said: “For Nico, it is almost done and he could have left last summer.

“It is true that there are big offers and big clubs in for him, so I think (he will leave). Aside from that, you never know in football.”

Less than a month ago, Sega Diallo, who is one of Africa’s reliable journalists, claimed that Nicolas Pepe has set his heart on an unnamed English club, but Bayern are also showing enough interest to lure him away.

The first bid has been tabled for Nicolas Pepe.

But it falls way short of Lille’s valuation.

Earlier, Nicolas Pepe’s agent said that his client would be ‘open to anything’, meaning that Manchester United still hold the possibility of signing him.