AEW called out for following Adult video website on social media. The promotion is following 893 accounts and one of them isn’t too family friendly.

AEW is arguably the biggest wrestling promotion outside of WWE. They have over 624 thousand followers on Twitter but only follow 893 back. Most of the people they follow are personalities related to wrestling or celebrities who are outspoken fans of their show. One of them however, is not like the other.

According to a screenshot from a fan, the wrestling promotion is following Adult video website Brazzer on microblogging site Twitter. The pornographic website is currently suspended on Twitter but you can see the screenshots below. 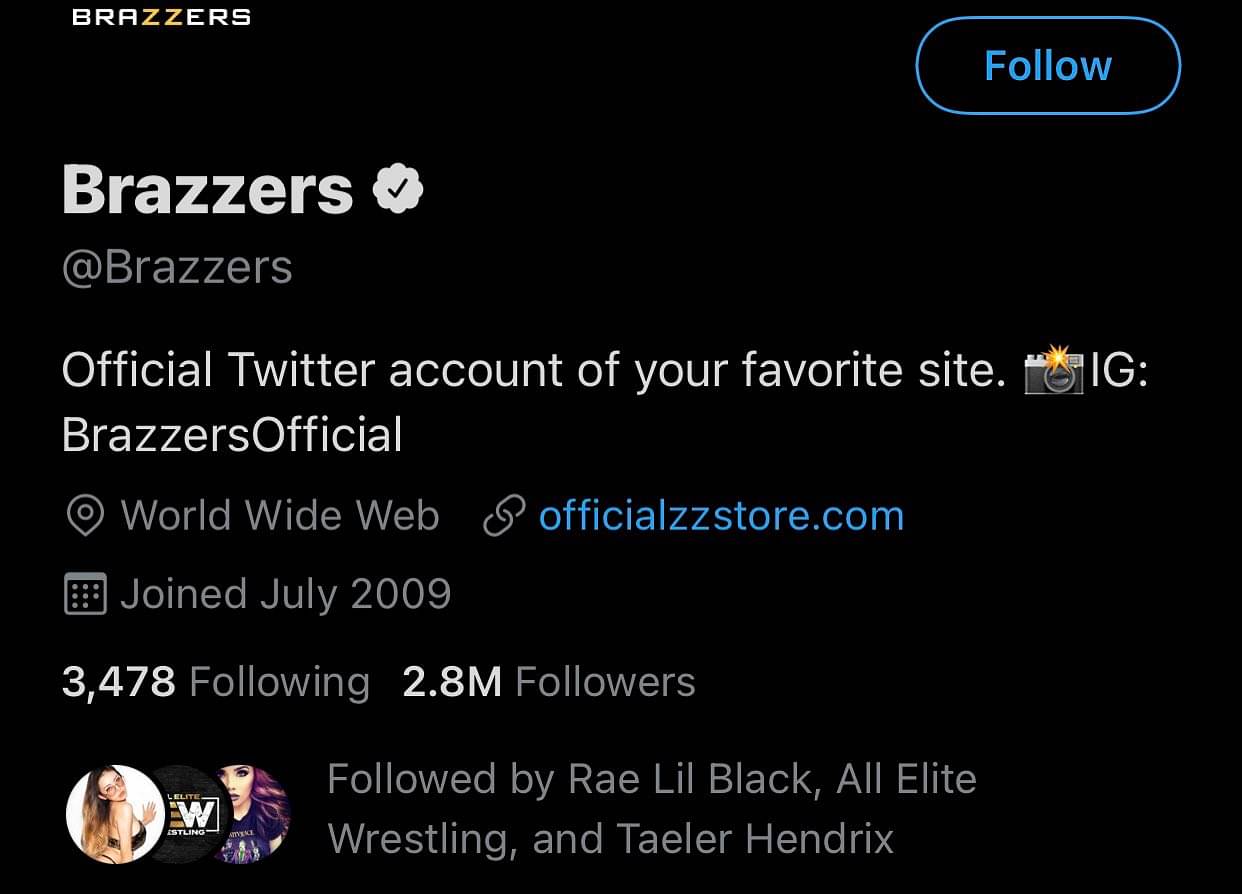 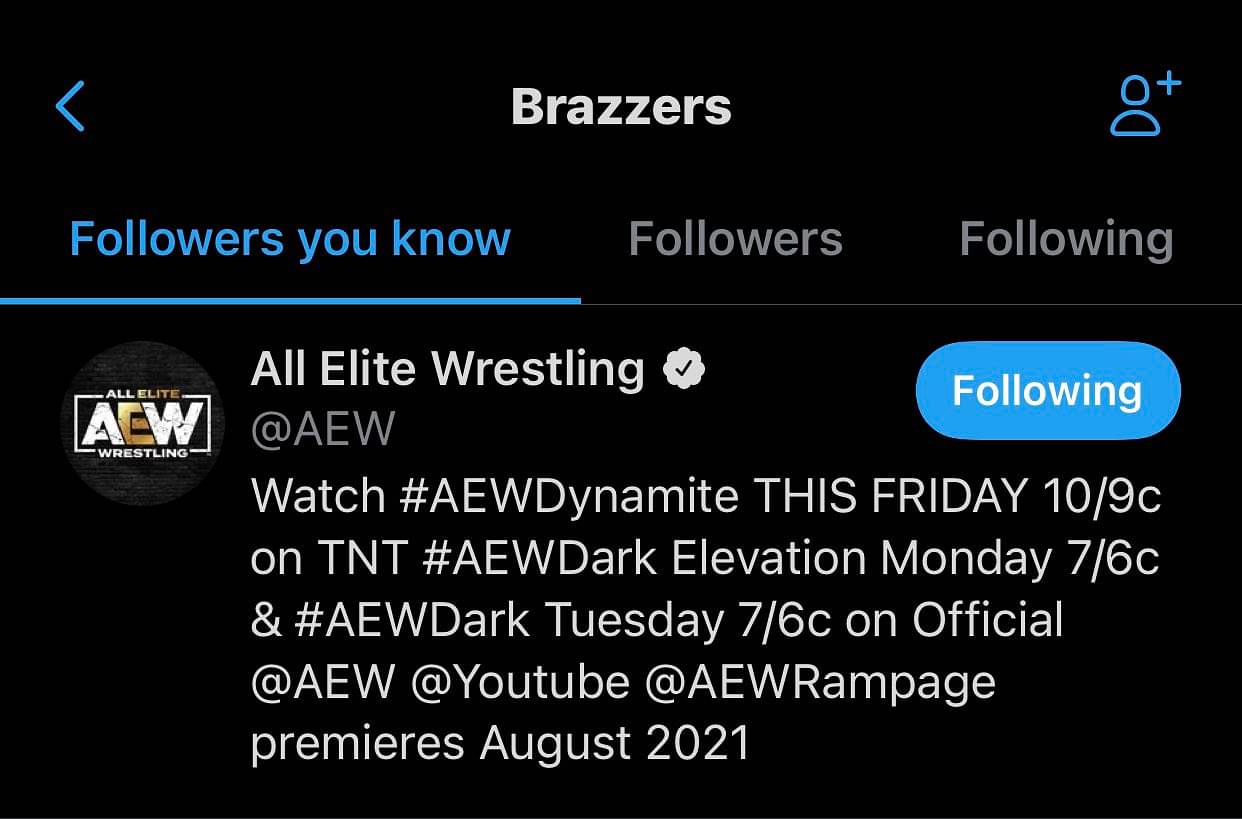 It is not known if this is deliberate or a faux pas from the social media managing team. It is hilarious regardless.