Bella Twins reacts to Daniel Bryan making AEW debut at All Out. The former WWE Superstar made his first appearance for AEW.

Daniel Bryan made his long awaited move to AEW at their All Out pay per view last night. His debut was met with huge cheers as he drove Kenny Omega and the rest of the Elite to end the show with him standing tall. Going by Bryan Danielson, the former WWE Champion is now All Elite.

Also read: Daniel Bryan and Adam Cole make AEW Debut at ALL OUT

His debut was met with excitement across the industry and it was not long before his relatives reacted to the move. Danielson’s wife, Brie Bella and sister in law Nikki Bella, took to social media to send a heartfelt message welcoming him back to the ring.

“I totally have a bad a** for a brother in law. Welcome back to the ring!” 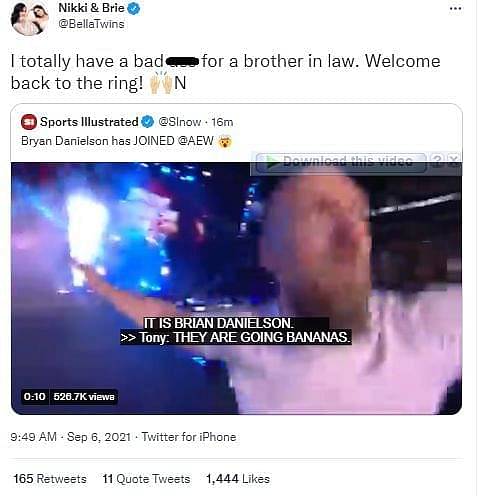 Brie also posted her reaction on her instagram stories. 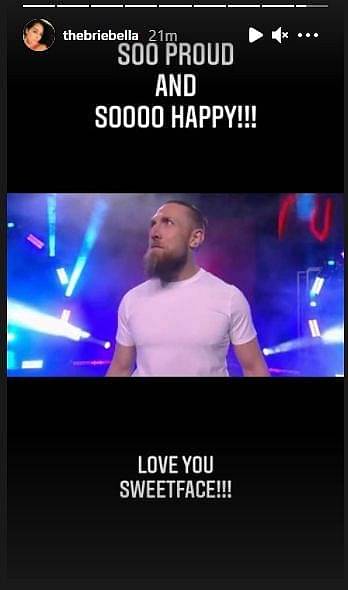 Danielson has done everything there is to do in WWE. He is a Grand Slam Champion and has main evented Wrestlemania twice. He is now in AEW and fans are salivating at all the dream matches he can have now.

After his debut last night, he explained that he loved working in WWE and was grateful, but still left. The reasons were the talent, especially the ones who came from day 1. He wanted fans to thank day one AEW stars for enticing former WWE names over. The second reason he gave was the AEW fan base.

"Wish James Harden and I had some of those conversations": Suns' Chris Paul reflects on his biggest regrets from his time with the Houston Rockets