Arsenal target Fernando Calero has been spotted in London. The Real Valladolid defender has been heavily linked with the Gunners for a number of months now.

After having a great season with the Spanish outfit, the defender has attracted a host of clubs including Borussia Dortmund, Arsenal and Sevilla. However, it remains to be where the Spaniard would head as he has a release clause of 13 million Euros.

Unai Emery has not talked much about the possibility of transfers in the press conferences or interviews. But, the Gunners are very well short of a center-back after being forced to play Granit Xhaka in an unorthodox position. Additionally, the injury to Rob Holding will see him miss the remainder of the season, and the Skipper Laurent Koscielny does not have a good injury track record over the past few years.

Currently, the Spanish manager has only Sokratis Papastathopoulos, Shkodran Mustafi, and Laurent Koscielny in the disposal which might force them to make a move for a defender who has been impressive and has good injury record for the Spanish outfit.

The reason for Calero staying in London is unknown as the Spanish top tier does not function for the next two weeks. However, there is another chance that the transfer window is approaching, the Gunners might look to wrap up the deal. 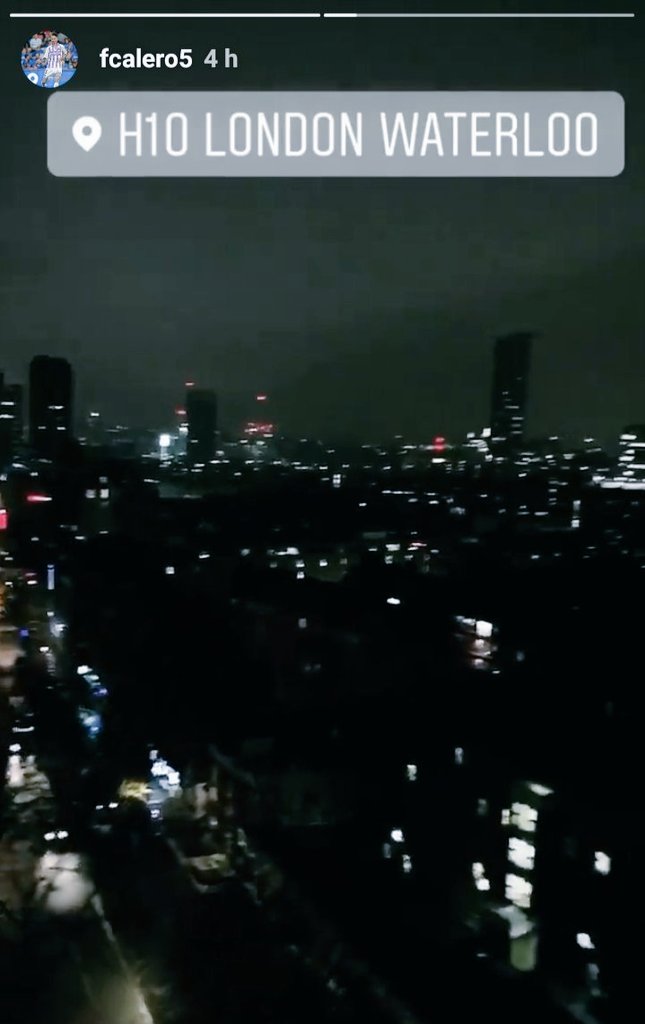 Fernando Calero posted a photo on Instagram saying that he is in England capital last night. This post has made the Gunner fans go made who are wanting another centre-back in the January transfer market.

Unai Emery has also confirmed that he would be interested in securing a centre-back in the winter market.

“If we can take one player to help us at centre-back, I think it’s a good option,’ Emery confirmed earlier this month. ‘But a transfer is not easy.”

We struggling with CB issues. January I don’t care let’s get Fernando Calero. In the summer regardless we should put in a £60m bid for Koulibaly.

A player who would be interesting for Arsenal: Fernando Calero Valladolid, revelation of the first part of the season in Liga among the defenders. 23 years, clause at 11M. Profile + Emery-compatible with a possession style of play. #AFC #Arsenal pic.twitter.com/2qc0eebcef

Outfield under-23 players to have featured in every minute of action in Europe’s top five leagues this season:

What about Sokratis ? Fernando Calero has 5.5 clearances per 90 , only Mustafi has a better rate . You don’t need pace if you got good positioning. And youtube videos are never a good references. Neither are stats btw 🤔

Following back-to-back defeats to Southampton and Tottenham Hotspur, Unai Emery’s fought back well to claim a 3-1 victory against Burnley at the Emirates on Saturday in an early kickoff. They will travel to Brighton to take on Chris Hughton’s side on boxing day.