Yuvraj Singh sister name: The former Indian all-rounder’s viral photo has created confusion among fans with respect to his siblings.

The festival of Raksha Bandhan has been celebrated with full verve in India today. Even the cricketing fraternity was seen celebrating the festival with siblings. While some of the cricketers uploaded social media posts around the festival themselves, the others’ photos were uploaded by their respective Indian Premier League franchises.

Amid all the celebratory photos, an old photo of former India all-rounder Yuvraj Singh surfaced online to create confusion among his fans with respect to his siblings.

In the photo, India captain Rohit Sharma’s wife Ritika Sajdeh is seen tying a rakhi to Yuvraj. As a result, fans have started to form the opinion that Singh and Sajdeh are siblings.

Yuvraj is brother of Ritika 🤩

While Singh and Sajdeh have known each other even before the latter’s marriage to Sharma, the two are not siblings. Having said that, Singh treats her as a sister. Readers must note that according to some media reports, it was Singh who had introduced Sharma and Sajdeh for the first time.

Yograj, who had married for the second time after a divorce with Yuvraj’s mother, has two children from the second marriage named Victor (son) and Amarjeet Kaur (daughter). Hence, Yuvraj also has a couple of half-siblings. 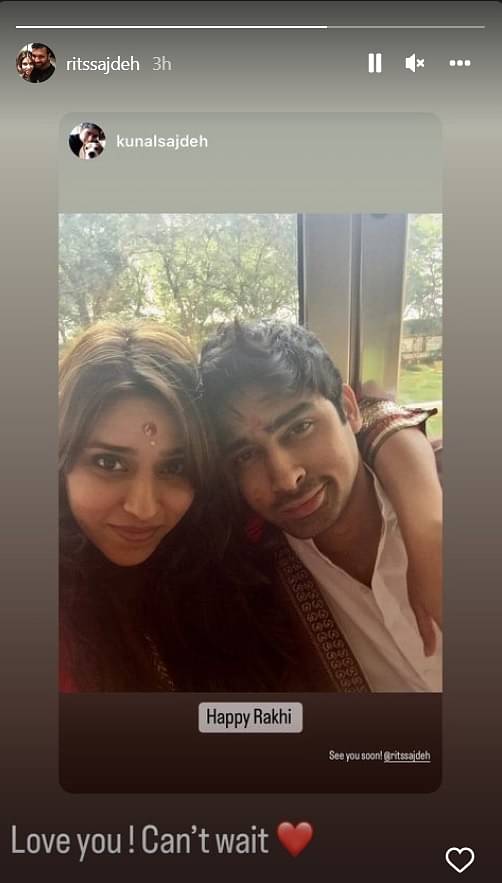