Kimi Raikkonen for once didn’t try to be savage but ended up trolling Lewis Hamilton as he rubbed his wounds with salt after winning USGP.

In his 20 years long F1 career, Kimi Raikkonen has been efficiently funny with his words. But for once, he tried to be sincere, and it accidentally caused a laughter riot.

After winning the USGP 2018, which was his last win in F1, Raikkonen joined Max Verstappen and Lewis Hamilton in the cooling room. Suddenly, Raikkonen asked Hamilton, “Did you win the championship?”

Hamilton’s expressions drained from his face, and he immediately replied: “No, not yet.” Surely, it was an awkward moment, and the Briton quickly went off the sight of the camera.

Meanwhile, Raikkonen was clueless about the sudden awkwardness in the room. But the question from Raikkonen was ironic. Because his win in COTA denied Hamilton an early catch to the championship.

Raikkonen in the end could only say, “I seriously didn’t know,” well the Iceman’s innocence was apparent. But surely he asked the question to the wrong person.

Kimi ‘So did you win the championship yet?’ 😂😂😂😂 @iceman7news #Kimi7 @LewisHamilton pic.twitter.com/waoikYx2d2

Though, it didn’t take long for Hamilton to win the championship that year. After squashing his every opponent, Hamilton was crowned as the F1 champion for the fifth time.

Also read: Mercedes driver reveals why he did not enjoy winning his first championship in 2008

In 2020, Raikkonen once again brutally trolled Hamilton. The Iceman created a meme involving the Briton and 1976 F1 champion James Hunt. On the left side, Hunt was standing shirtless, having a beer and a cigarette.

Meanwhile, Hamilton is dressed head-to-toe in a chequered outfit: a bucket hat, a short sleeve shirt opened at the collar and shorts, accompanied by pink socks and white high top trainers.

The caption of the photo said: “Evolution of a Formula 1 driver.” He then posted his own photo in an inebriated state with a cigarette in hand and wrote: “Not all hope is lost yet!” 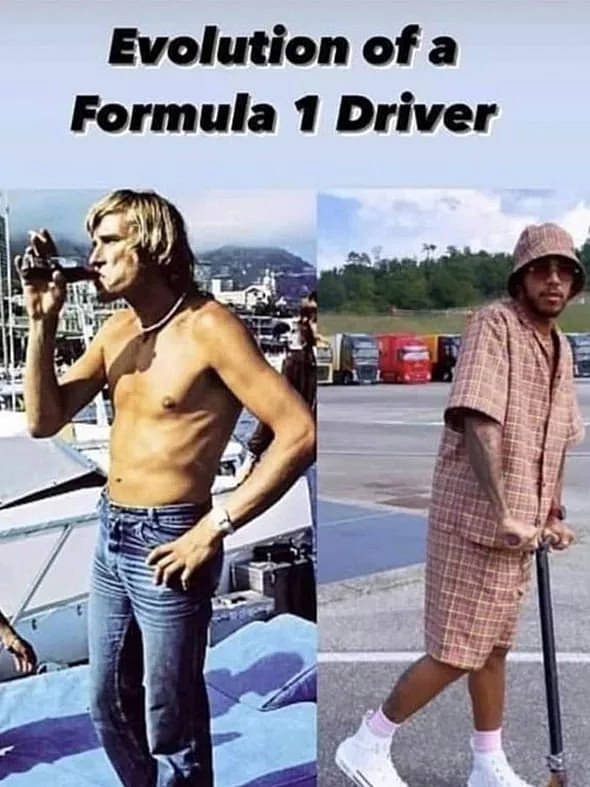 Raikkonen left F1 racing after the 2021 season. He continuously asserted that he has no intentions of making a comeback in the motorsport, and would be remaining with his family now.