Lewis Hamilton objects to Kyle Kuzma donning Ferrari colours on Instagram; subtly tells him to support Mercedes instead of his rivals.

Mercedes and Ferrari are two powerhouses in Formula 1. But the former is considerably new as a constructor, whereas the Maranello based team has significant global clout.

Moreover, the Silver Arrows’ recent domination has made several fans bitter against them. But that’s the nature of the sport. Even Red Bull, in its glory days, got significant hate.

However, Lewis Hamilton also attracts considerable support, and many international celebrities root for him. But NBA star Kyle Kuzma is not going on that path.

The Washington Wizards player posted a series of photos while playing golf in a Ferrari jacket. “Golf balls are like eggs. They’re white. Sold by the dozen. And a week later you have to buy some more. 🤣🤣🤣🤣 #PuttGod,” he wrote on Instagram.

This prompted a reply from the reigning F1 champion: “Repping the wrong team🤦🏽‍♂️.” In response, “My brother forgive me,” said Kuzma.

The comments by Hamilton gained massive attraction, with many reminding him of remarks made by Sebastian Vettel during the 2016 Canadian GP: “Everyone is a Ferrari fan. Even if they say they’re not, they are Ferrari fans.” 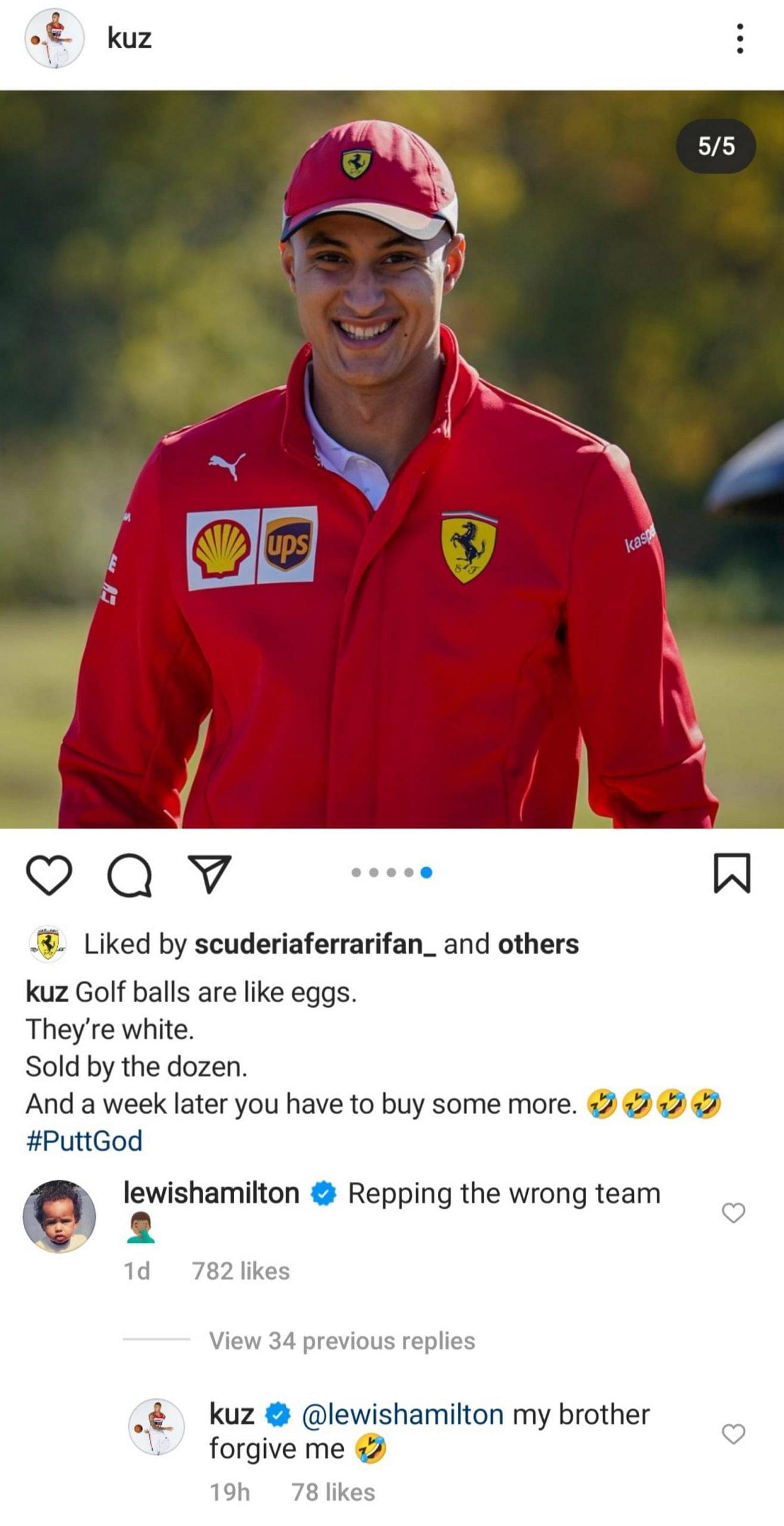 Lewis Hamilton and Ferrari: never got together

Hamilton had a phenomenal breakthrough in F1, and despite maintaining his consistency for over 15 years, he never got a chance to drive for Ferrari.

In the meantime, the Briton won seven championships, and Ferrari only won two constructors and one drivers’ championship with Kimi Raikkonen.

Recently, Hamilton revealed in an interview with Skysports how the two parties never managed to align with each other. And to date, many Ferrari fans ask him to sign for them whenever he flies to compete in the Italian GP.

However, Hamilton is now at the twilight of his career, seems to end his career with the Silver Arrows, with whom he attained unimaginable success.

"It was very tough to digest that": Valtteri Bottas reveals the exact moment he realized his role at Mercedes would be that of a 'supporting driver'