LOL Worlds Prize Rings: Everything you need to know on the League of Legends World Championship prize Rings

LOL Worlds Prize rings would be a thing every year from now on. Riot Games released a statement and some pictures of the finished product.

On Thursday, 21st October, Riot Games along with Mercedes-Benz announced that the winners of the 2021 League of Legends World Championship will receive custom-fit rings.

The rings, a new tradition, will be adhered to in the LOL Worlds future. This year’s champions get specialised rings to commemorate the occasion.

Also read: Santorin opens up about their loss in LOL Worlds Groups

Detailing on the White Gold rings is Incredible, to say the least.

The championship rings for #Worlds2021 are INSANE.

The championship rings will be bestowed upon the winners of Worlds 2021. The Trophy Ceremony will be presented by Mercedes-Benz.

The LOL Worlds 2021 rings are made out of 18 karats white gold and sapphire. The Diamond cupped in the hands of the Summoner will be the Centerpiece.

The rings will be personalised based on each member of the winning team. This will include the summoner name, team tricode and the year. 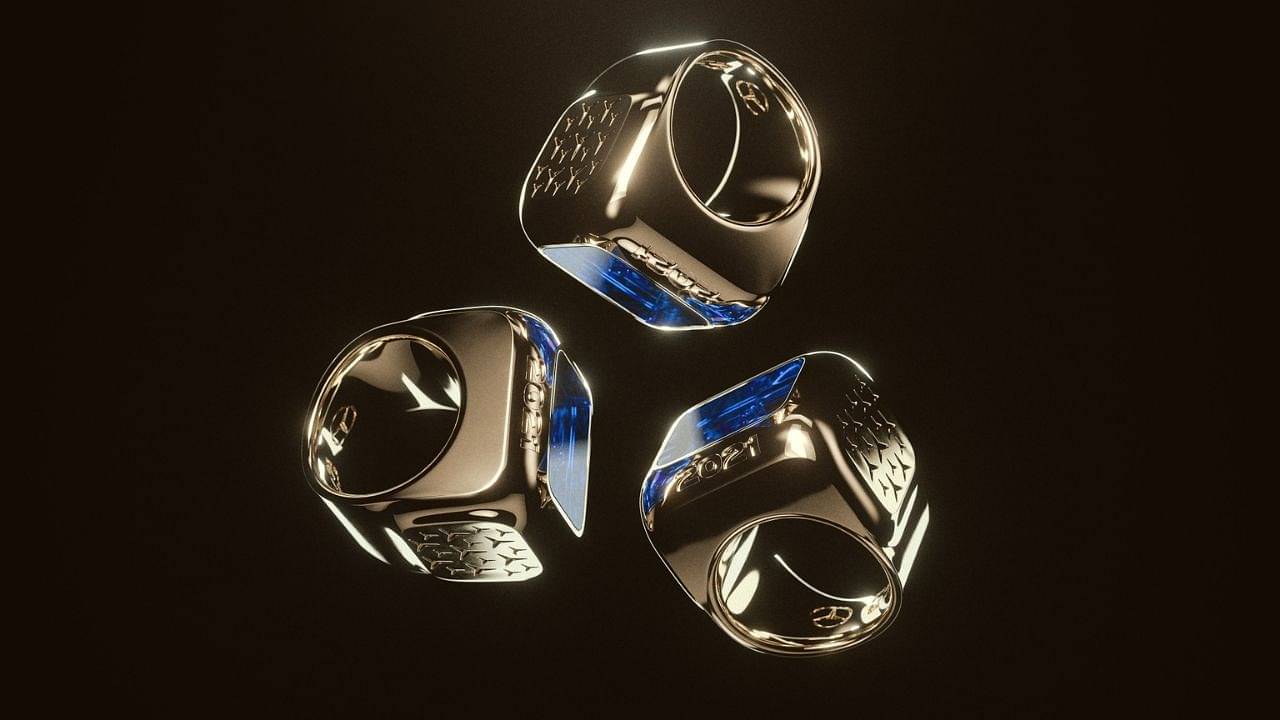 2021 rings are blue and silver, similar to the Summoner’s Cup. It will feature a few distinct design characteristics to represent the uniqueness of the 2021 season.

The collaboration between designers from Riot Games and Mercedes-Benz made it possible to make such an iconic accessory.

Also read: Japan and Korea were allotted two extra slots as China is out of APAC LCQ

“The Ring was a challenge that we gladly accepted. In the end, we succeeded in bringing together the identities and design languages of both partners in this unique Ring design,” said Mercedes-Benz Head of Advanced Exterior Design Steffen Köhl. “We are looking forward to the moment when the winners are presented with the ring at the Trophy Ceremony. There is a real piece of Mercedes DNA in it.”

Summoner’s Rings were made at GOOD ART HLYWD, a Los Angeles jewellery studio founded by Josh Warner. Warner stated the following in an Interview:

“This was an opportunity to work with the crack team of designers responsible for the Gleneden Wagon, and at the same time make the hero piece acknowledging the champions of League of Legends,” said Warner. “I’m honoured we got the call up to work with such literal legends. And there’s nothing better than being pushed to new heights of quality and design.”

A Documentary dedicated to the creation process of Worlds 2021 rings will be aired on YouTube prior to the Worlds 2021 finals.

Also read: Ninja finally reveals why he was thin and sickly on Live stream