“Is it all Clear Now”, Nemanja Matic Takes Hilarious Jibe At Cristiano Ronaldo And Bruno Fernandes

The swipe was over Ronaldo’s disallowed goal against Serbia. The bygone round in the FIFA 2022 World Cup qualifiers threw up one noteworthy incident. It occurred during Portugal and Serbia’s encounter, a referee howler which denied Portugal a win on the day.

Up 2-0 in the first half after Diogo Jota sent down two headers, Portugal somehow managed to make a meal of the tie. The side conceded twice to allow Serbia to claw back into the fixture and restore 2-2 parity in Belgrade.

However, the clash looked to have finally swung in Portugal’s favour after Cristiano Ronaldo scored in the dying stages of the clash. However, the Portuguese captain saw his strike not be given after the referee determined the ball had not crossed the goal line.

Despite TV replays clearly showing the ball to have crossed the line, referee Danny Makkelie determined Serbia’s Stefan Mitrovic to have cleared it in time. And with no goal-line technology in place for the qualifiers, Portugal were left devoid of a certain win.

The incident has since then caused massive uproar especially ensuing Ronaldo’s reaction of the fiasco. The Portugal captain was seen livid after being denied the strike as he bellowed at the linesman before throwing his captain’s armband to the ground. 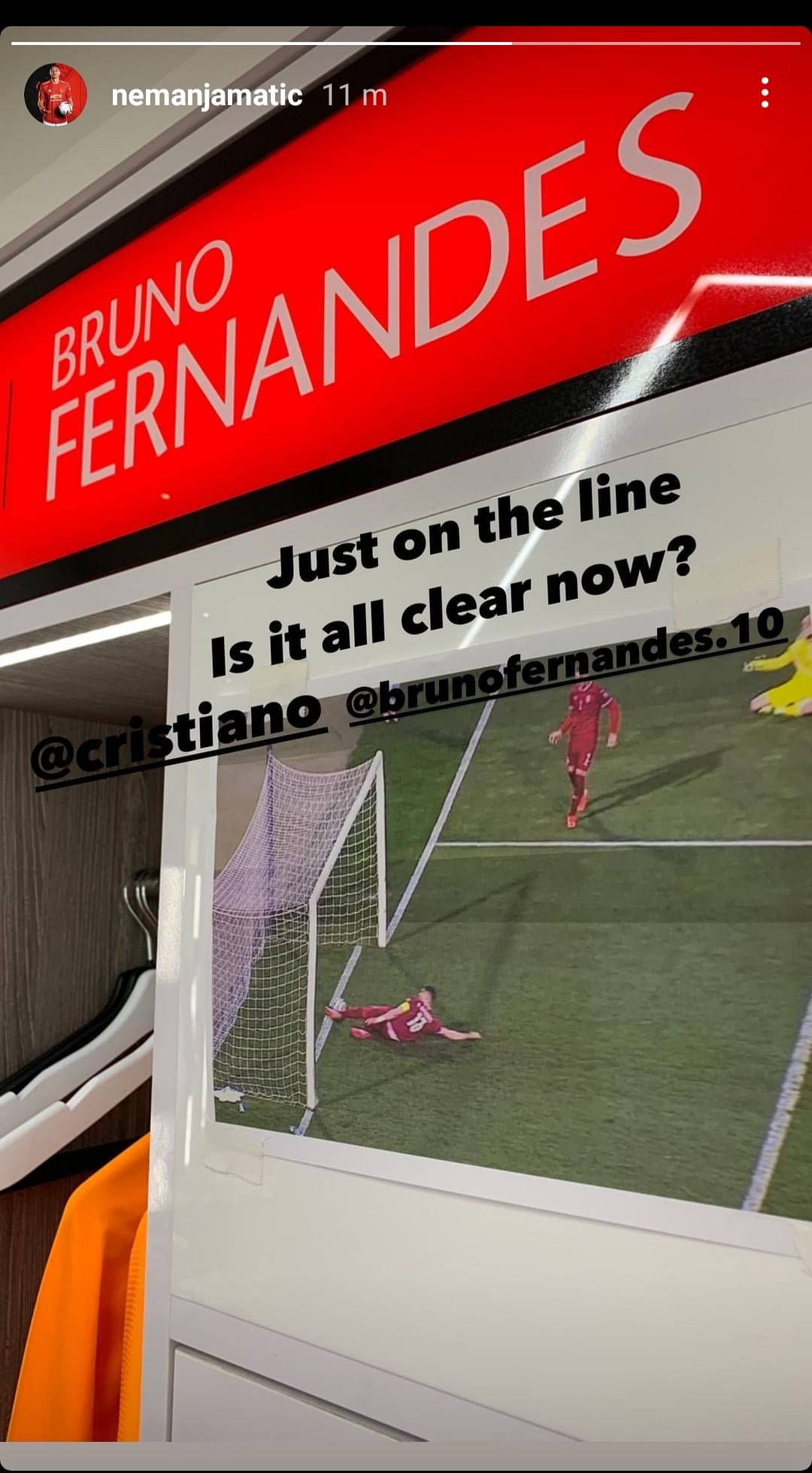 Serbia’s Nemanja Matic has now decided to get involved in the bruhaha as well. Despite not featuring in the contest, Matic has taken an incredible jibe at both Ronaldo and his Manchester United compatriot Bruno Fernandes.

Matic shared him taping a picture of the clearance on Fernandes’ locker at Manchester United’s training ground with the goal line moved back on Instagram.

Tagging the Portuguese pair in the picture, Matic went onto write: “Just on the line. Is it all clear now?”

Ronaldo meanwhile could face a potential FIFA sanction if his tirade at the referee is deemed to have been guilty of breaching the guidelines inducted. Ronaldo to Instagram to express his frustrations after the encounter, posting: “I always give and will give everything for my country, that will never change.

“But there are difficult times to deal with, especially when we feel that an entire nation is being harmed.

“We will keep our heads up and face the next challenge now.”

Sova Valorant : "I am the Hunter", Everything you need to know about Sova in Valorant.