“I Busted Gil’s A**!” Chris Paul Reminisces on pre-draft workouts with Gilbert Arenas on the No Chill Podcast

Home » Basketball » “I Busted Gil’s A**!” Chris Paul Reminisces on pre-draft workouts with Gilbert Arenas on the No Chill Podcast

In a recent episode featuring Chris Paul on the No Chill Podcast, the All-Star guard talks about a certain pre-draft workout where he claims to have given Gilbert Arenas a hard time.

Chris Paul is an 11-time All-Star who led the Phoenix Suns to the NBA Finals last season. The former rookie of the year talks about his pre-draft workouts in which he seems to have outshone Gilbert Arenas who was an NBA veteran then.

Chirs Paul is considered to be one the greatest players of this generation. Often being referred to as the ‘point god’, he is one of the greatest floor generals to ever play the game.

Gilbert Arenas is a former NBA player who played 12 seasons in the league. He is a 3-time All-Star and has 3 All-NBA selections in his career. Known for his outspoken nature on and off the court, he rose to prominence with his no-chill podcast, post-retirement.

In this segment, the two NBA veterans go back and forth on a certain workout before Chris Paul’s draft in 2004. Chris Paul had the opportunity to workout with Arenas and seemed to have risen up to the challenge as a young guard.

Read Also: When Charles Barkley roasted Donald Trump for his idea of building a wall on the Mexico border

Gilbert Arenas did admit to being outplayed by the guard but then quickly added that he was not in proper shape to face a top 5 point guard. Paul then talks about how when it came time to pay it forward he worked out with Josh Hart the same way Gilbert Arenas showed up for him.

Chirs Paul had a saur ending to his season losing a 2-0 lead in the NBA Finals to the Milwaukee Bucks. Paul aged 36 will play his 18th season in the NBA next year. The NBA legend is yet to win a ring and will be looking to capture the only thing missing from his illustrious career in the upcoming season. 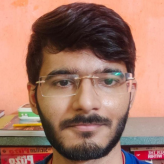 The Rock responds to viral picture of his doppelganger