“LeBron James, that CGI got your hairline looking fiery”: Richard Jefferson owns the Lakers star on social media once again in his reaction to the Space Jam trailer

Home » Basketball » “LeBron James, that CGI got your hairline looking fiery”: Richard Jefferson owns the Lakers star on social media once again in his reaction to the Space Jam trailer

If the NBA is a soap opera, Richard Jefferson definitely is its coolest character. He proved this yet again by roasting LeBron James on Instagram.

Space Jam: A New Legacy will hit theaters on July 14th this year. LeBron shared the first theatrical trailer for this sequel movie 2 days ago across social media. The reviews from most sports fans were quite favorable.

People love the fact that James is building something in the vein of Michael Jordan for kids of this generation. He is, after all, the MJ of the upcoming generation, and the perfect candidate to be cast in a sequel for Space Jam.

Also Read: “Space Jam 2 going to be great! I’m excited to see it!”: Stephen Curry reacts to release of the trailer of the LeBron James production

The Lakers star is currently out of action from the basketball court with a high ankle sprain. This hasn’t prevented his former teammate from going after his appearance even one bit.

LeBron’s hairline has been a subject of ridicule for the NBA legend for quite a while. People first began noticing it in his Miami tenure, and his hairline has mostly receded since then.

But it mostly changes so often that people have often attributed it to hair implants. Jefferson belongs to the CGI school of thought in this particular ‘intellectual exercise’. 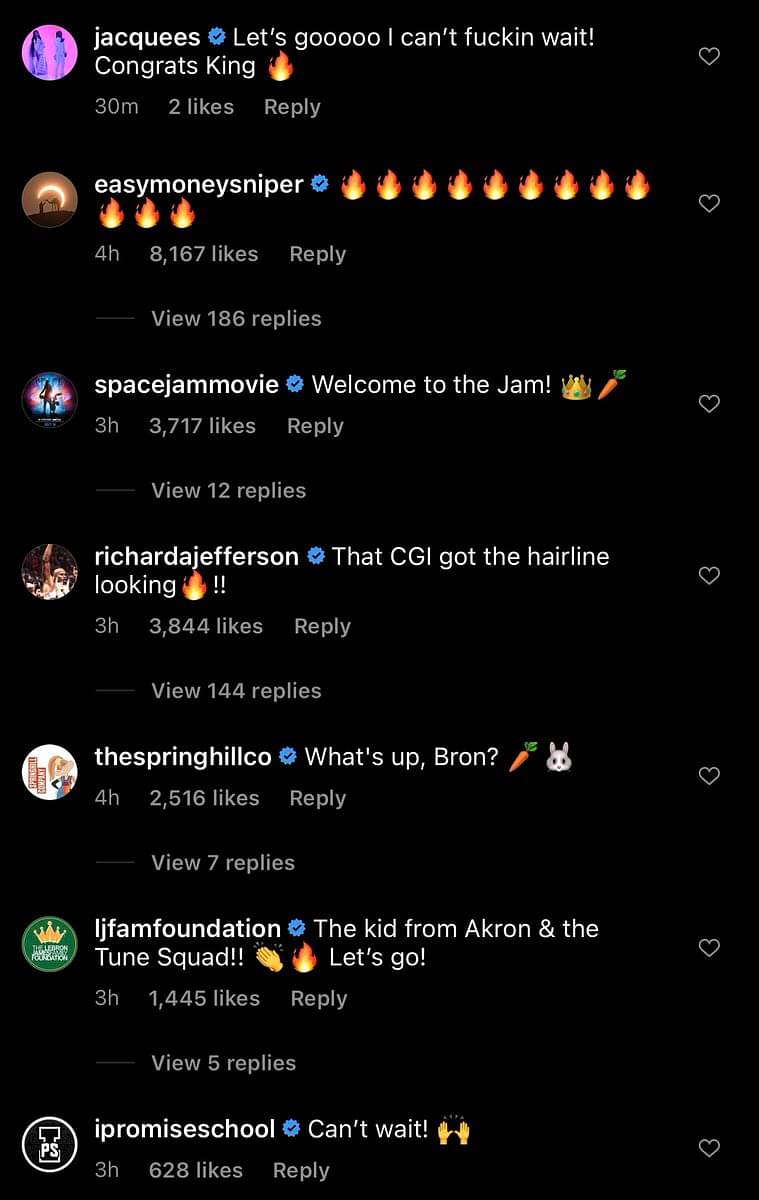 Also Read: “Rajon Rondo is a leader, he will hold us accountable”: Paul George praises the former Celtics and Lakers point guard after his first game as a Clipper

RJ is always merciless when it comes to taking the mickey out of LeBron (pun not intended). The former NBA champion and Nets star has taken to life behind the microphone like a duck to water.

Jefferson’s comic timing, knowledge about today’s game and his penchant for always making light of a player at the right time makes him the most watchable NBA broadcaster in the game today. We have may fans clamoring for him to join Draymond Green on Inside the NBA once the latter retires.

“I think it’ll be different the first time we have an OTA”: Saints HC Sean Payton says Drew Brees’ retirement will hit eventually.

"I think Carlos will get closer to Leclerc"– Jenson Button

After calling Magic Johnson “the greatest player of all time”, Pat Riley went on to…