“Nate Thurmond sweats, and he wants you to sweat too”: How Warriors legend stood up to MVP candidates like Wilt Chamberlain and Bill Russell in his heyday

Home » Basketball » “Nate Thurmond sweats, and he wants you to sweat too”: How Warriors legend stood up to MVP candidates like Wilt Chamberlain and Bill Russell in his heyday

In the era of star big men like Wilt Chamberlain and Bill Russell, Nate “The Great” Thurmond stood out for his tenacity, grit and professionalism.

Standing at 6’11”, Nate is one of the greatest rebounders of all time averaging 15 boards per game for his career. His tally 22 rebounds per game in 1968 leaves him behind only Wilt and Russell on the single-season averages list. He is also one of only four players to grab more than 40 rebounds in a game.

Owing to his ability to do it all on the court, Thurmond holds the distinction to record the first official quadruple-double in NBA history. On October 18, 1974 he recorded 22 points,14 rebounds, 13 assists and 12 blocks. The fact that this happened in his debut for the Chicago Bulls after getting traded makes it more special.

Also read: “Michael Jordan should have been the MVP in 1981”: Chris Mullin talks about the Bulls legend scoring 30 points in the McDonald’s All-American game and being snubbed from MVP honors

The San Francisco Warriors (now Golden State ) drafted Nate with the third overall pick in 1963 and hence he got the opportunity to apprentice under Wilt. But in the midst of the 1964-65 season, Chamberlain was traded to the 76ers and the two centers became perennial competitors.

On Nov. 4, 1967, the Warriors played the 76ers in Philly in an early regular-season matchup. One thing was peculiar about the game though, Wilt Chamberlain  who once averaged 50 points, did not attempt a single field goal. He shot 1 of 2 free throws and finished with 18 rebounds and 13 assists in 44 minutes.

“He wasn’t going toward the bucket…. It beats me. It wasn’t a test of defense at all because he can get a shot off when he wants to. Nobody can hold him without a shot. It’s impossible.”, Thurmond told The Inquirer.

Coming off a finals loss in the prior season to Wilt and the Sixers, winning a game in which Chamberlain did not score might have boosted the Warriors’ sprits but that wasn’t the case.

Cementing his legacy as an NBA legend

Chamberlain wasn’t the only superstar center Nate had to face in his career. Kareem Abdul-Jabbar called Thurmond the toughest center he ever faced. “When I score on Nate, I know I’ve done something”, Abdul-Jabbar once said. He added, “He sweats, and he wants you to sweat too”.

Towards the end of his career Thurmond joined his hometown team, the Cleveland Cavaliers. He was a key contributor in Cavs’ memorable run to the Eastern Finals in 1976, making him a local legend. 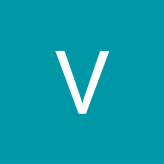