There are few sights in sports more satisfying than Kyrie Irving doing a number on his defender. The 6’2″ point guard can get his shot off on practically any defender, against any coverage.

He plays with a verve and an imagination that allows audiences an insight into the beauty of basketball. But beyond that, Irving is a competitor as tough as nails.

This combination of skill and motivation makes him one of the NBA’s most unstoppable offensive players. Irving’s clutch shot to seal the 2016 NBA Finals for the Cavaliers is probably seared into the mind of every viewer.

Also Read – “Kobe Bryant, don’t do that no more, man! When the Black Mamba hit an incredibly tough shot over Kenyon Martin Sr leaving him in awe.

Despite all of his credentials, a few media members continue to question his fit on the new-look Brooklyn Nets. After all, Kyrie’s got 2 MVP  teammates at his side – one of whom plays the position he’s listed at, in James Harden.

As a 2-time NBA champion and the leader of the Bad Boy era Pistons, Isiah Thomas knows a thing or two about winning in the NBA. When people with his experience speak, viewers ought to listen closely.

The Hall of Famer endorsed Kyrie Irving with a social media post recently. In his statement, Thomas said:

And now Kyrie’s best friend and teammate Kevin Durant has spoken his mind on the 7-time All-Star through social media. 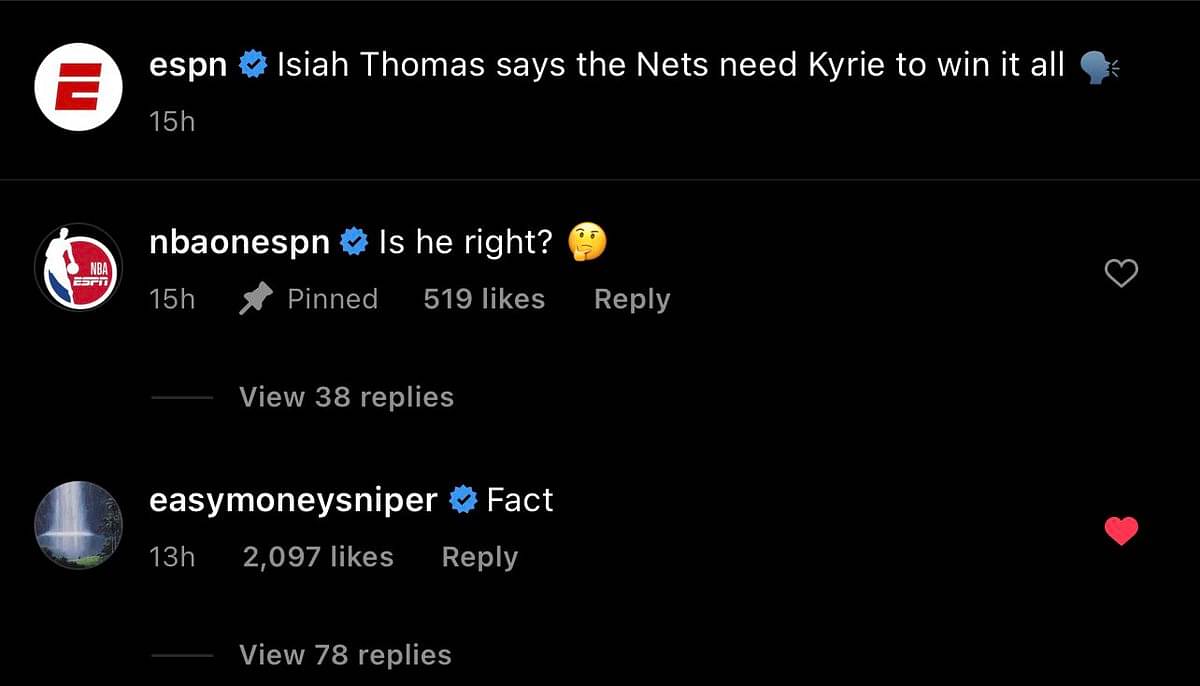 It’s clear that the Nets’ Big Three will continue to have each others’ backs irrespective of media narratives. These are the hallmarks of a team with championship DNA in it. A united front continues to be the best way to counter such talk.

"Anthony Davis doesn't love me like that": Montrezl Harrell fuels rumors of rift within Lakers' ranks last season with answer regarding his absence from AD's wedding

According to reports, Lakers superstar LeBron James has been listed out for tonight’s game against…