Australian skipper Steve Smith is confident that the  young Australian all-rounder Ashton Agar will have a bright future in the game. The all-rounder was a sensation when he missed a well-deserved hundred on his test debut in 2013  when he was just 19. But after 4 years the young Aussie is ready to sparkle again for the side.

The Oz will face Bangladesh at the end of this month. The two test match series and would be a tremendous opportunity for Agar to shine and make a name for himself. Steve Smith has almost confirmed that the young Aussie will play at no.6.

In an interview to cricket.com.au Smith said,”I think he could certainly end up in top 6, I think he has that ability.”

Getting a slot in the mighty Aussie batting line-up shows the faith that the skipper has on his mate. “Right now I am not sure, now he is a spinner who can bat a bit. But I can say that he has got the capability to play in the top 6,” added Smith.

He was absolutely brilliant in nets during their India tour earlier this year. “The conditions in India and Bangladesh would be almost similar. It looks like he has some unique plans against the spin.”

The 23 year old has played 2 tests and scored 98 on his debut test which made everyone take notice of the youngster. It’s very clear that Steve has a special focus towards the series and they have to prove that they can conquer the subcontinent as well.

The loss against India this year was really disappointing, but now they have an opportunity to show their class against Bangladesh. The stage is set for Agar to shine. 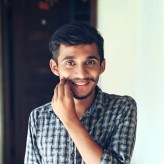 Laker Ball - Lonzo on the Rise