What is the net worth of former interim UFC Lightweight Champion Tony Ferguson?

Tony Ferguson is an American professional mixed martial artist. El cucuy is from Orange County, California. He is currently fighting in the lightweight division in the UFC.  Born on February 12, 1984, Tony has been competing in MMA for a long time. His net worth is reportedly around 3 million USD. He earned his worth by competing in the UFC, wrestling and through brand sponsorships.

Ferguson has 26 wins and 6 losses to his name.

Tony Ferguson is also know as The El cucuy in the UFC. Tony has had a great run in the UFC in the past where he had a 12 fight winning streak. He has unfortunately lost last 3 of his recent fights. Tony was also a fan favorite and a guy in many peoples eyes to beat Khabib during his prime.

The El Cucuy is all set to face Michael Chandler in his upcoming fight at UFC 274. Tony is an underdog in this fight and has a chip on his shoulder. The fans however seem to be supporting tony fully even after his last three losses. Tony Ferguson had a lot of things to say about the UFC and they were not quite nice but as everybody is aware Ferguson has a unique style inside and outside the octagon.

Chandler and Ferguson are ready to bring the fireworks 💥 #UFC274 pic.twitter.com/fgLe49gmZw

Michael Chandler has also made a name for him in the UFC. Though he has lost his last 2 fights against top contenders like Gaethji and Olivera, fans love his style. He is the favorite to win the fight against Tony at UFC 274. He even admitted that Tony is a hard puzzle to solve and no one can imitate Tony Ferguson. Fans are rest assured that its going to be one hell of a fight.

Also read: Conor McGregor and Jake Paul got into a messy toxic Twitter brawl over the weekend 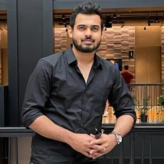 “CJ McCollum told me we were gonna get to these playoffs”: Larry Nance Jr. reveals how the guard was confident of NOLA advancing to the 2022 postseason shortly after being acquired