Karl Anderson’s wife reveals text messages after calling him out for cheating. She posted the replies on her social media along with her reply.

Karl Anderson has long spoken about his ‘Hot Asian Wife’ during interviews and even on television. However, it seems there is trouble in paradise. Christine Bui, recently took to Instagram and posted a picture of her husband with the words “Cheater” and “a**hole” written all over him. The picture was captioned I don’t play nice.”

She updated a new post with a black screen and text that read:

What else can go worse?

“Running away doesn’t resolve anything. Kids haven’t seen you in 2 days. Your ego is more important than your family. Hope she was worth it. BTW- Alcohol caused all of this. Maybe you should get some real help. Let’s see what true friends will.” 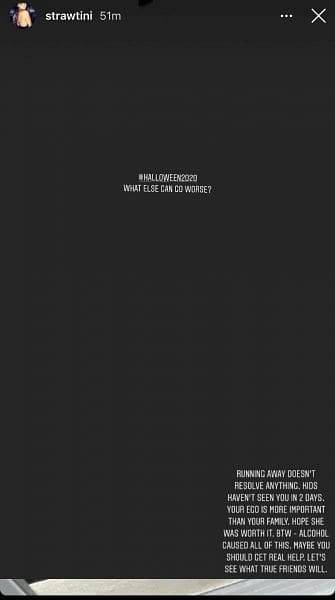 The former Bullet Club leader seems to not have taken kindly to his wife’s online activities as he responded with some harsh words. He seems to have responded to his wife’s stories with three separate messages saying: “Why” “You gotta get so dirty” “Slut.”

She put the texts on her story for everyone to see and captioned it with the following:

“Not only after getting caught being unfaithful, you call your wife and mother of your 4 kids a slut. You’re fake as hell. The life I’ve dealt with all these years. My kids are huge sacrifices of my own happiness. Thought I could live thru it but I need to reevaluate my life. “ 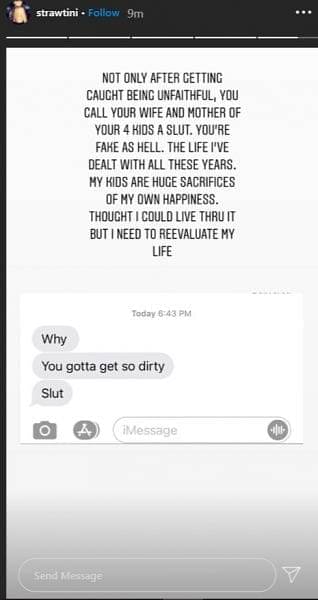 Karl Anderson is yet to make a statement on the matter at the time of writing.

“She belongs up there, she’s a superstar”: Shotzi Blackheart names superstar she thinks deserves to head to WWE main roster

Xavier Woods wins King of the Ring Tournament at Crown Jewel 2021. He went on…