Sasha Banks could make WWE return on SmackDown tonight. The Boss has been away from WWE television since her loss at Wrestlemania 37.

Sasha Banks walked in at Wrestlemania 37 as the defending SmackDown Women’s Champion. She fought Bianca Belair at the Show of Shows. The two put on the match of the night. The EST of WWE came out on top to win her first Championship in the promotion.

Banks has since been MIA. Fans have wondered when the Boss will come back to the WWE. It has long been speculated that she will have her rematch against the reigning SmackDown Women’s Champion at SummerSlam and it is possible that the set up begins tonight itself. 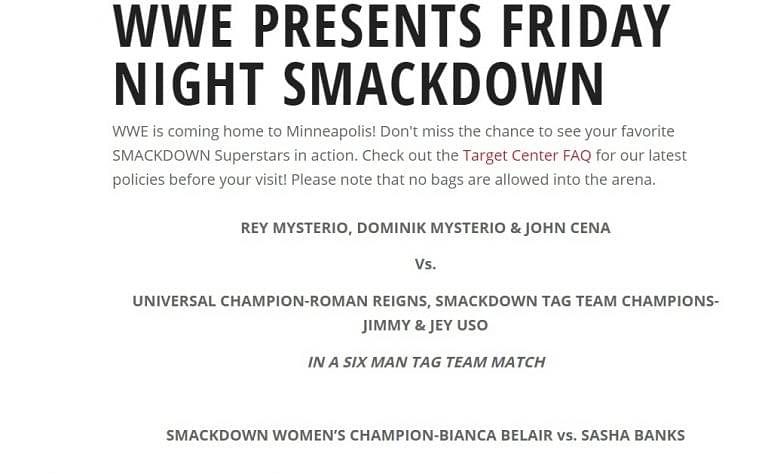 The match hasn’t been officially announced by the WWE yet. So it is possible that the two may face each other in a dark match instead.

All the more likelier due to the fact that the team of John Cena with Rey Mysterio and Dominik Mysterio have also been advertised to face Universal Champion Roman Reigns and SmackDown Tag Team Champions The Usos.

They faced each other in a Dark match last week as well. Besides, Reigns’ official segment of the night is against Finn Balor.

Coming back to Sasha Banks, according to PW Insider, the Boss is backstage and she will wrestle on tonight’s show Dark match or TV match, fans will be excited knowing she is either making or very close to making her comeback.

"If LeBron James is Lakers' best shooter, they didn't do a good job placing talent around him": Zach Lowe criticizes Rob Pelinka's decision-making in pulling trigger for Russell Westbrook after Buddy Hield links

"Larry Bird called glass and hit every shot he wanted": Doc Rivers describes how the Celtics legend engineered a beatdown of the Hawks while trash talking them