Sasha Banks WWE return date confirmed. The Boss has  not been on WWE television since her loss to Bianca Belair at Wrestlemania 37.

Sasha Banks took on Bianca Belair in the main event of Night One of Wrestlemania. The EST prevailed and won the SmackDown Women’s Championship for the first time. Banks was last seen on the SmackDown after the Show of Shows but has not been on TV for a long time now.

Fans have been waiting for her to make an appearance for a while now. It has long been speculated that she will eventually return to set up a rematch with Belair. Although, she has yet to make her way to the promotion to set up that match. However, it appears that he return is not too far.

Sasha Banks is scheduled to appear at a live event in the BOK Center in Tulsa, Oklahoma according to an advertisement on the official website of the arena.

“WWE is back on the road with John Cena! For one night only, see your favorite SmackDown superstars at BOK Center on Friday, August 13. Lineup includes: SmackDown Universal Champion Roman Reigns, SmackDown Women’s Champion Bianca Belair, Rey Mysterio, Sasha Banks and many more!” 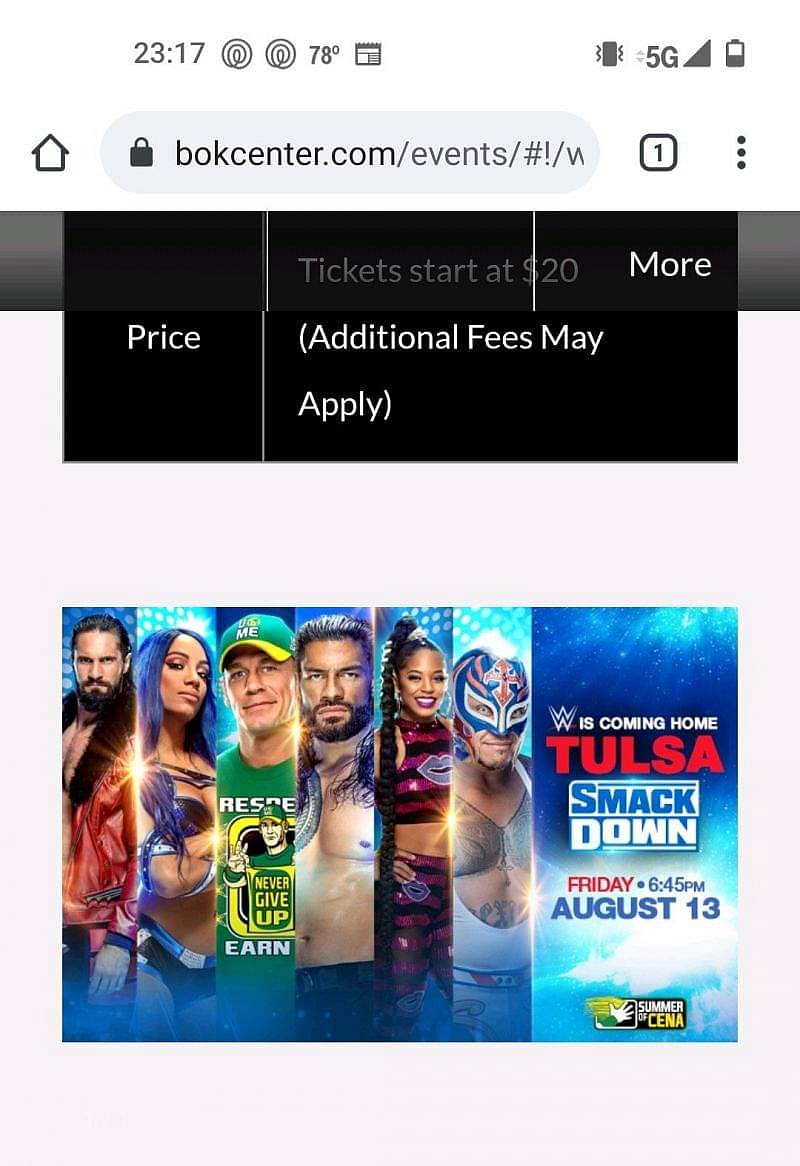 With SummerSlam right around the corner, this could possibly set up her rematch with Belair that fans have long been waiting for.

Their match was highly praised and fans will expect an encore from the duo.