Seth Rollins goes viral after being pictured buying lemonade from a little girl. The WWE Superstar helped the little girl get closer to her goal.

In the WWE, Seth Rollins is a heel. He has several desipicable acts to his name such as backstabbing his friends/brothers, cheating his way to the top and even pulling out someone’s eye. Outside of the promotion however, he is a completely different personality.

In fact, the former WWE Champion has gone viral today due to an act of kindness. The Messiah was pictured buying lemonade from a little girl’s stand. Her father took to Facebook to narrate what happened and the story has since spread all over social media.

“So Ari decided she wants to make extra money to buy an iPhone and has been doing lemonade stands for herself and you never know who will randomly show up and buy some lemonade.” 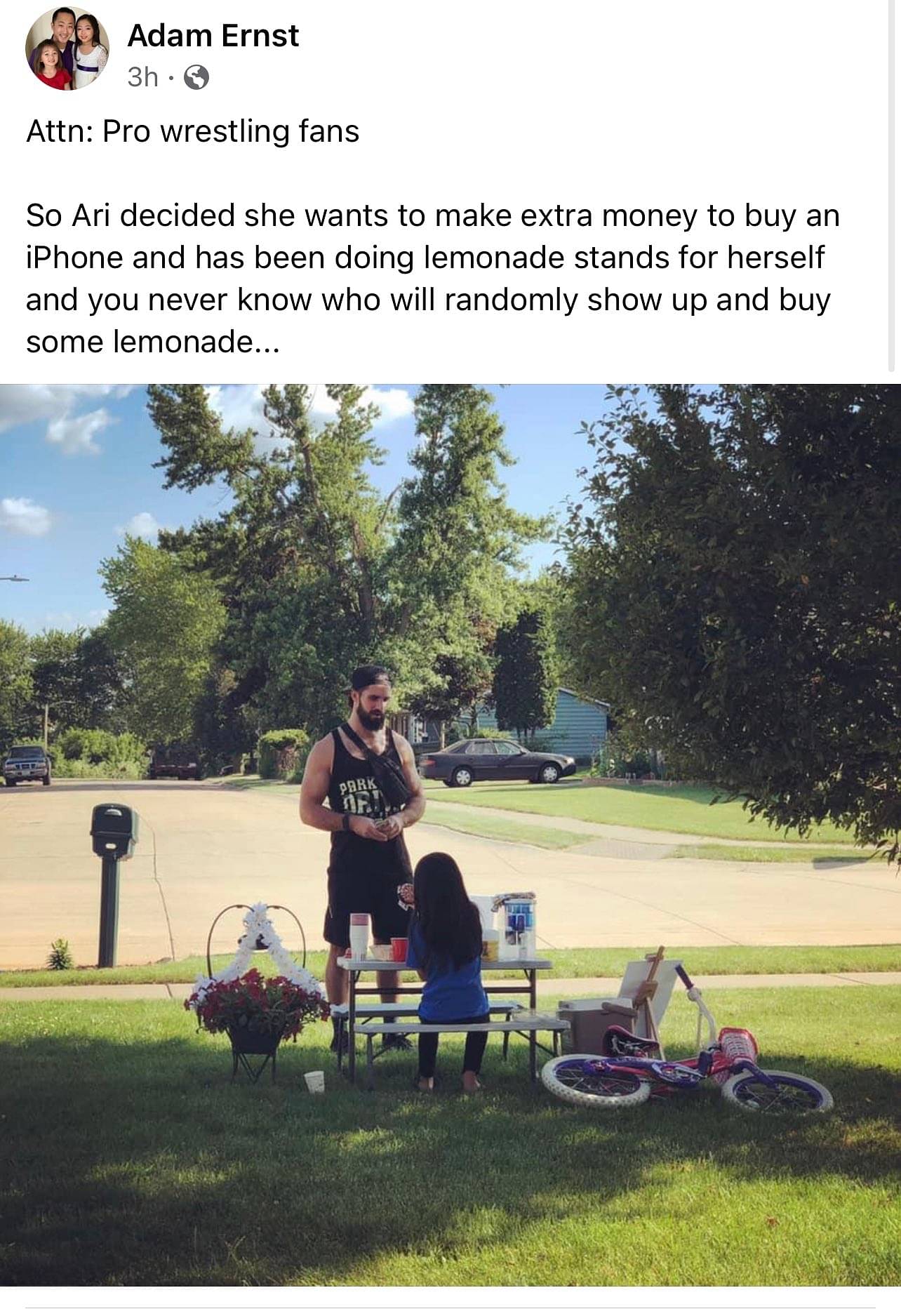 Rollins is currently involved in a feud with Cesaro. The two faced each other at Wrestlemania. The Swiss Cyborg came out on top and set his sights on Roman Reigns. However, he failed to dethrone the Tribal Chief. He and Rollins have since continued their rivalry.

Edge set to work as Babyface at WWE SummerSlam 2021

How was AEW able to sign Thunder Rosa from NWA? The former NWA Women’s Champion…