Seth Rollins WWE return cancelled? The SmackDown Saviour had been advertised for the upcoming episode of Friday Night SmackDown.

Former WWE and Universal Champion Seth Rollins took time off to be with his fiancé Becky Lynch and their new born child. His last appearance was at Survivor Series where he allowed himself to be eliminated by Sheamus in the RAW vs SmackDown elimination tag team match.

Also read: The Miz becomes Mr. Money in the Bank once again on WWE RAW

It’s been over a month since the fans have seen the saviour of SmackDown on WWE TV. The upcoming episode of SmackDown was supposed to be his comeback episode. However, it seems that the WWE have now changed their minds.

WWE advertised the return of Seth Rollins on Twitter. WWE on FOX announced that the January first episode of SmackDown would feature Rollins. The tweet however, has since been deleted implying backtracking on WWE’s part. 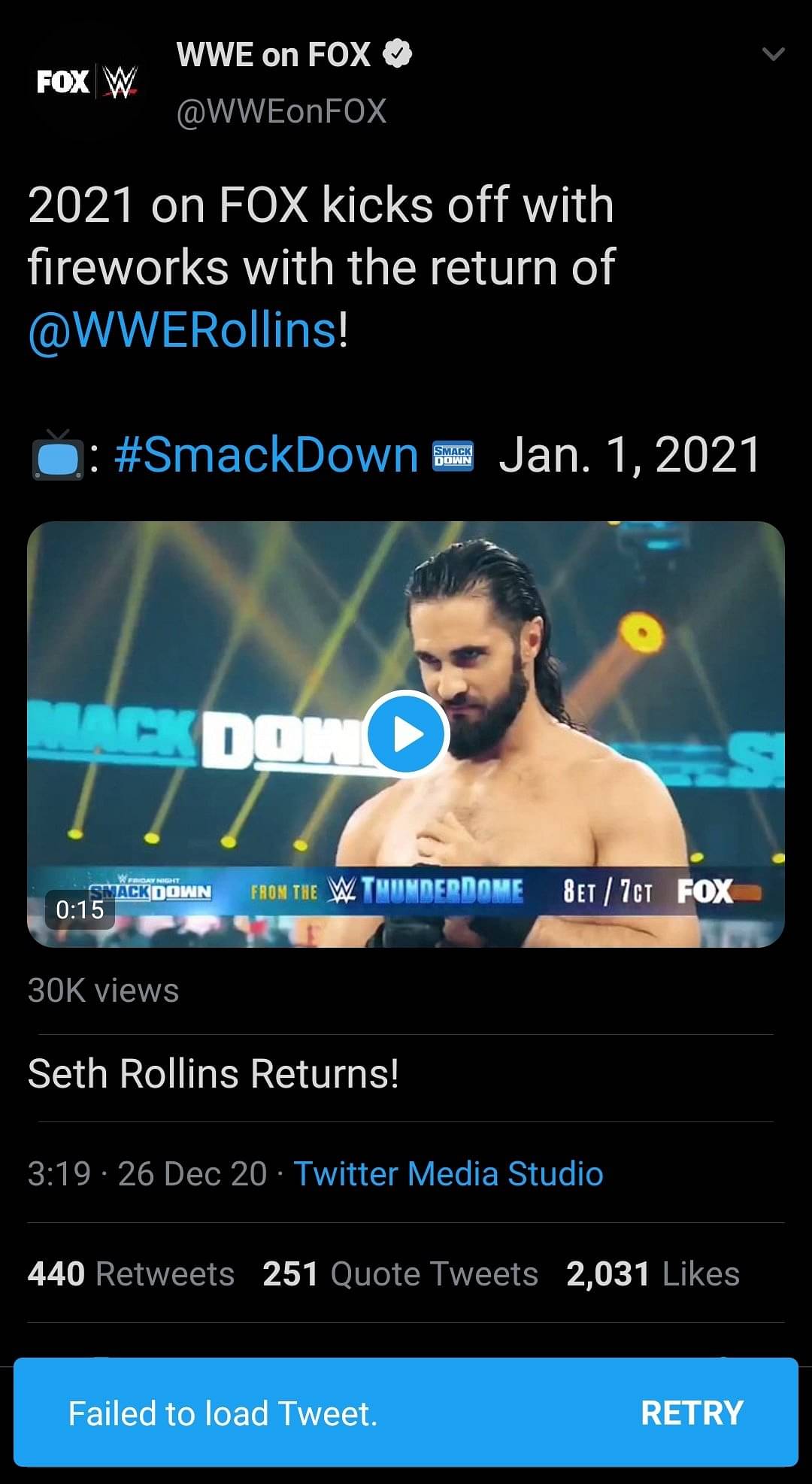 Given Rollins’ emotional tribute to Brodie Lee, it is possible that he has been given more time to grieve and come to terms with the loss. It also doesn’t help that he’s a new father, which means between the sudden and tragic death of his friend and his new responsibilities, he’s unlikely in the right headspace for a return.

We will have to wait until tomorrow night to see if he does return or not. It will be extremely disappointing for fans if he doesn’t. The fans will more than understand and respect his decision however.

"So many lives lost, businesses shutting down, people struggling" - Lewis Hamilton proud of Mercedes for fight against Covid-19

Matt Riddle was not too interested in renewing WWE contract

Kenny Omega still hopeful for a match with AJ Styles. The two were part of…