WWE dissapointed with John Cena for apologizing to China after calling Taiwan a country. The Cenation leader has caught a lot of heat since doing so.

John Cena recently referred to Taiwan as a country while speaking to TVBS during a promotional tour for Fast & Furious 9. This sparked an outrage among Chinese fans and their media. The former WWE star apologised shortly, leaving a video message in Mandarin.

John Cena apologized in Chinese on Sina Weibo after calling Taiwan a country during an interview promoting Fast & Furious 9 pic.twitter.com/dzRKIYgEzL

According to Andrew Zarian of the Mat Men Podcast, who broke the news of WWE returning to touring in July, Cena has backstage with the talent and officials because of his apology.

According to Zarian, the feeling among the talent is that of dissapointment and the reaction of the board is not positive.

“Disappointment is more the word I heard coming from some talent.”

“The apology bothers [WWE] because they didn’t issue it. It was outside pressure that they have no control over… A lot of the chatter from non executive level status was negative. Personally I don’t know what the boards opinion was but I have heard it’s not positive”

Cena criticised for apologising to China

Cena has also caught flak outside of the WWE with many calling him out for apologizing.

Yeah, John, you were correct. On your bowing to the Chinese Communist Party… I don’t see you!

We must stand with Taiwan and for freedom.https://t.co/e5mqrmz47p

Insane. Instead of kowtowing to the Communist Party of China – how about we stand up for our democratic ally Taiwan as they face increasing threats and aggression from General Secretary Xi?https://t.co/6cxRJSc0KG

Taiwan is a country. Hong Kong should be free. If you are unwilling to say these things because it might hurt your bottom line, you are a pathetic coward.
cc @JohnCena @KingJames 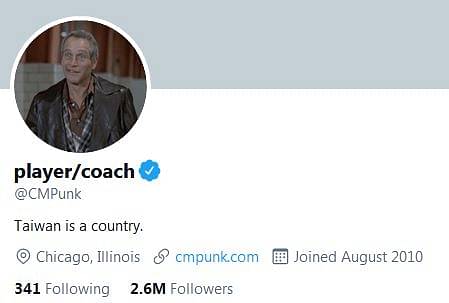 "Paul Pierce made more money with Ethereum in a month than ESPN in a year": Celtics legend brags about not needing NBA analyst gig because of his crypto investments

Real reason why there is a Hell in a Cell match at WWE RAW tonight.…