Aubameyang goal vs Tottenham: Auba scores a brilliant goal to equalize in the derby

Aubameyang goal vs Tottenham: Pierre-Emerick Aubameyang scored a sweet curler to level the scoreline in the North London derby.

He overtook Raheem Sterling and Sergio Aguero to become the leading goalscorer in the Premier League. Aubameyang took his goal tally to 10 in the league with the second goal.

Tottenham led at the end of the first half through two quick goals from Eric Dier and Harry Kane. A brawl ensued after Eric Dier scored the goal, as he shushed the crowd during the celebrations.

The substitutes from Arsenal didn’t like the celebration and warned Dier, which began the fight between both sets of players.

The ball fell to Aubameyang on the edge of the corner, and a curling shot was too good to stop. The Tottenham goalkeeper, Hugo Lloris, stood at his ground and couldn’t even dive to reach the ball to save it.

With this goal, Aubameyang reached double figures in the Premier League, and is currently the top goalscorer in the English top flight.

Alexandre Lacazette scored soon after Aubameyang’s goal to give Arsenal the lead in the clash. Hugo Lloris put his dive but failed to reach the ball, as Arsenal led the game 3-2.

Soon, Lucas Torreira made a brilliant run to create ample space inside the box, and scored a stunner from a difficult angle to give a 4-2 lead to Arsenal. This was Torreira’s first goal for Arsenal since joining the club in the summer.

Arsenal, with this win, have now climbed up to 4th place in the Premier League. Tottenham, who started the weekend at 3rd place, have now slipped out of top-4 as Chelsea defeated Fulham 2-0.

Arsenal will now take on Manchester United in the mid-week game on Wednesday. Jose Mourinho’s side is 7th in the Premier League and their dismal run of form continued this week as they were held to a 2-2 draw at Southampton.

Here are some of the best reactions to Aubameyang’s goal:

Aubameyang 10 shots 10 goals. What a special player we have

Aubameyang outclassed Harry Kane in every aspect today. His movement, combinations and work rate were outstanding. This is why I want Auba up front. That second goal he scored today is an insanely hard finish a certain Frenchman who also wore No.14 would be proud of…

10 – Pierre-Emerick Aubameyang is the first player to score with 10 consecutive shots on target in the Premier League since October 2007 (Benni McCarthy for Blackburn). Pinpoint. pic.twitter.com/CHa1Tjyzfb 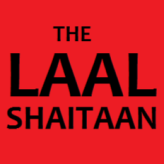 A sports enthusiast. Sports, I believe, is one of the few powers which help us grow, both as an individual and society. With each day, in the rich world of sports, I grow.

Lucas Torreira goal vs Tottenham: Torreira gets his first Arsenal goal in style

Max Verstappen talks about his Plan B