Kimi Raikkonen’s wife once told Lewis Hamilton to take up ballet, as according to her, he cries like a girl, referencing his comments against Ferrari.

In 2018, Ferrari’s rivalry against Mercedes was at its peak. The British Grand Prix 2018 couldn’t have been more controversial, as Kimi Raikkonen and Lewis Hamilton collided, which knocked the latter to the last position.

Though, Hamilton finished P2. He surely had some words to say at Ferrari. Post-race, the Briton said that his rivals had some “interesting tactics”. Meanwhile, Toto Wolff blasted called the collision “either incompetence or deliberate”.

In response, Raikkonen’s wife Minttuu Raikkonen blasted Mercedes star for “crying like a girl in a story posted on her Instagram. While she didn’t name Hamilton, she apparently referred to his comments.

“If you cry like a girl when you lose, do ballet,” wrote Mintuu on Instagram. Hamilton received much flak from every sphere, which soon made him realize that he was wrong with his comments. 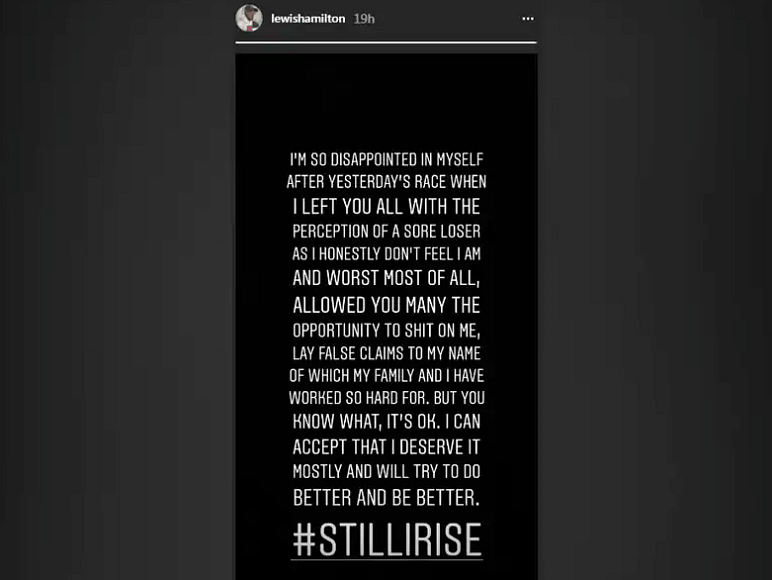 Before the British Grand Prix, Hamilton had only won three races in the season. Meanwhile, his rival for the title Sebastian Vettel had four wins in the same timeline.

But the second half of the season was the ultimate hegemony of Hamilton. The Briton went on to win eight races in the remaining part of the season and lifted the title with two races more to go in the season.

And even then, the Briton didn’t stop and won the last two races of the year too. Ferrari had no answer to the excellence of Hamilton, and even in the next following two years, Ferrari couldn’t match the standards of Mercedes.

In 2020, Hamilton surpassed Michael Schumacher in most wins and equalled his championship tally. This much success was unimaginable before Hamilton made his debut.

But now, he’s the only driver in the sport’s history to have more than 100 wins in his account. However, in 2022, Ferrari has reignited its contention for the championship and has a genuine chance to lift the title after 13 years with Charles Leclerc spearheading their campaign.