“From a record-breaking deal at 18 years, to his own Nike Innovation Center”: Kevin Durant, Russell Westbrook and other NBA stars react to the Lakers’ star inaugurating the ‘LeBron James Innovation Center’

Home » Basketball » “From a record-breaking deal at 18 years, to his own Nike Innovation Center”: Kevin Durant, Russell Westbrook and other NBA stars react to the Lakers’ star inaugurating the ‘LeBron James Innovation Center’

As a high-school athlete, LBJ showed tremendous potential, and was often called the next ‘Michael Jordan’. He was drafted as the first pick in the 2003 NBA Draft. Fast forward 18 years, LeBron is a 4x NBA Champion, a 4x NBA MVP, 4x Finals MVP, and a 17x All-Star. James has shown us a true underdog story, and how he went from rags to riches.

Back in 2003, there was one more party that bet on LBJ. Nike signed a $90 million deal with a rookie LeBron, the largest rookie deal to date. Throughout his career, LBJ has made great money for Nike through sales. The King landed a lifetime deal with them back in 2016. Nike continues to value their partnership and recently showed the same by inaugrating the ‘LeBron James Innovation Center’.

LeBron and his story serve as inspiration for countless people across the world. It shows how hard work and dedication can result in you changing your fortune. His iconic deal with Nike has now materialized into a forever memento, in form of the new Innovation Center.

2021: Nike opens a 750,000-square-foot “LeBron James Innovation Center” at their global headquarters, including an NBA-size court, a soccer field, a track, and more.

James took it to his Instagram to showcase the new building and all the amenities. It is a big moment for any athlete, and it was no different for the King.

Also Read: “Go back to looking for Ben Simmons, Joel Embiid!”: Raptors fans savagely heckle the 76ers on a sensitive topic during their recent preseason game

Superstars like Kevin Durant, Russell Westbrook, Bradley Beal, and more were there to congratulate the King. 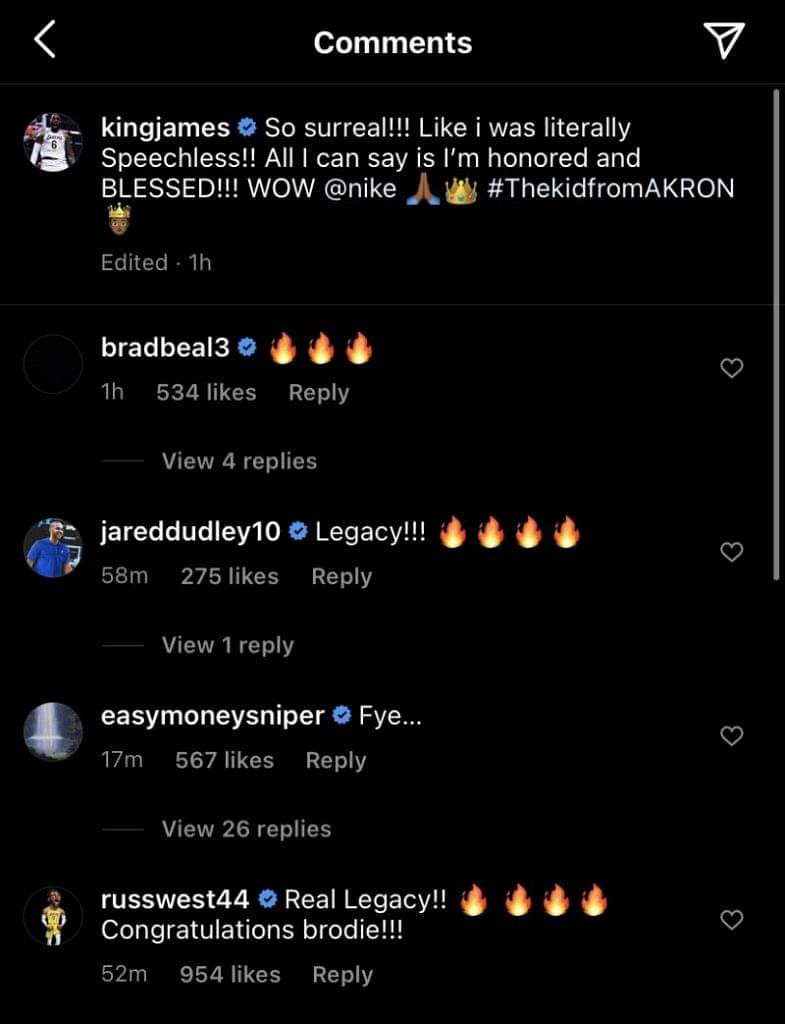 It is always a wonderful sight to see other stars support and promote each other.

"JaVale McGee and I were ready to beat Shaquille O'Neal up, man!": Dwight Howard reveals a hilarious story from his championship season with the Lakers