“I wish I had never met some of those boys!”: Montrezl Harrell throws cryptic parting shots at LeBron James and the Lakers after his move to the Wizards

Home » Basketball » “I wish I had never met some of those boys!”: Montrezl Harrell throws cryptic parting shots at LeBron James and the Lakers after his move to the Wizards

Montrezl Harrell and LeBron James’s season together can hardly be called a success.

The Lakers were one of the front-running candidates for the unluckiest team in the league, last season. Anthony Davis suffered a serious calf and a minor Achilles injury, something that kept him out for most of the regular season. During this time, LeBron James was heavily relied upon, and even kept the team’s head above water for quite some time.

However, this meant that he had to keep ignoring the ankle injury he had picked up during the first game of the season. Which of course, was ultimately aggravated by a foul by the Hawks’ Solomon Hill, resulting in the King suffering a high-ankle sprain.

Add to that all the turmoil within the team with regards to rotation and playing time, and you have a team destined to fall. Frankly, even if AD hadn’t been injured in the first round, it’s still unlikely the team got past round 2 with that much doubt within the locker room.

New Wizard Montrezl Harrell says the competition in the frontcourt is going to elevate the team.

Adds that his goal is not just to make the playoffs but to have the team “shock a whole lot of people.”@FortyEightMins // #DCAboveAll pic.twitter.com/a2DvkG7dNi

But, Harrell doesn’t have to deal with all that anymore. Now, while he will be playing for a smaller market in Washington, he will undoubtedly get far more minutes than he did on the Lakers.

Still, while the player seems to appreciate the opportunity, he apparently isn’t above throwing some parting shots at the team.

Also Read: Kendrick Perkins sends out a bold warning to the rest of the NBA about the Lakers star’s upcoming bounce-back season

Harrell has always been known as one of the more emotional players in the NBA. He’s one of those people that if you get along, he’ll do anything for you. But if you have beef, he won’t hesitate before saying what’s on his mind.

And recently, he registered an example of the latter category on his Instagram story. Take a look at the picture below. 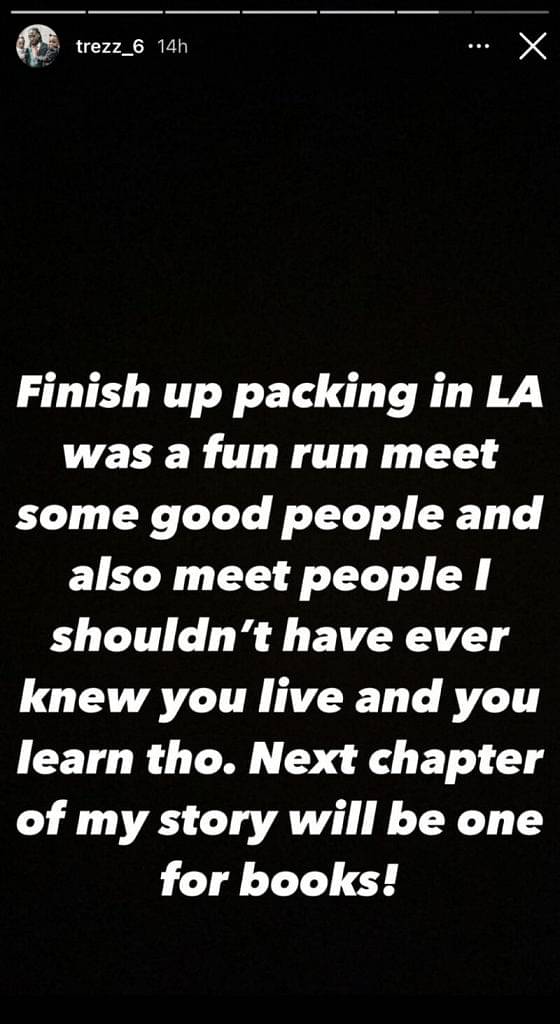 Now, because he hasn’t mentioned any names, we are simply left to speculate on who he has directed this towards. That said, our money is on Frank Vogel, and maybe to a certain extent, Rob Pelinka as well. Why?

Well, there had been several reports that the former Clippers man was furious about his role with the team. The roster simply had too many centers in it. So even if he performed really well, there was no guarantee of a consistent role for him.

We believe this might have caused a rift between him and those individuals, something he took to heart.

But, well, this is just speculation. Let me know on Twitter who you think it could be.

“Michael Jordan is the ‘GOAT’ because Allen Iverson wasn’t 6’6”: Max Kellerman drops a hot take on the Sixers legend’s potential legacy compared to the Bulls icon