“It’s like an animal at the zoo and there’s an endless procession of visitors”: Dennis Rodman on why he found giving autographs to fans dirty and impure

Home » Basketball » “It’s like an animal at the zoo and there’s an endless procession of visitors”: Dennis Rodman on why he found giving autographs to fans dirty and impure

Former Chicago Bulls star Dennis Rodman once revealed he was not a fan of autographs during his career in the NBA.

Rodman was part of the Bulls’ star-studded lineup alongside Scottie Pippen and Michael Jordan. However, he was not interested in giving autographs to fans as he felt that it set the wrong example. In his book, ‘Walk On The Wild Side’ explains his stance saying, “It’s hard to turn down all that money, but what you’re really doing when you appear at an autograph show is selling your soul. I won’t do another one for a hell of a long time because I just feel so dirty and impure afterwards.”

Something not talked about enough:

Outside of toughness, athleticism, & fundamentals — there is an IQ to becoming a great rebounder pic.twitter.com/lRQWXdGNND

“They tell you what color pen to use and where to put the signature, and then they want to make conversation. I have no problem with interacting with fans, but it’s just so twisted and fake when you’re up there on that stage, like an animal at the zoo, and there’s an endless procession of visitors, “ he added.

Rodman is also famous for his extravagant lifestyle whether it’s his tattoos or piercings. This is including trips to Vegas in between the NBA Playoffs. Despite this, Rodman won two DPOY awards representing the likes of the Detroit Pistons, LA Lakers, and the Bulls.

Also Read: “Dennis Rodman, here’s $20 million to get me pregnant!”: When Pop star Madonna offered the Bulls legend a fortune to knock her up

Is Rodman One of the Most Underrated Players in History?

With an impressive CV in his career, Rodman will surely go down as one of the known faces in the league’s history. A CV including 5 NBA Championships, 7 NBA All-Defensive First Teams, and 7 Rebounding titles.

Dennis Rodman was also an important catalyst to the Chicago Bulls’ historic 72-10 season. He formed one of the best trios in world basketball, cementing himself as an integral part of the Bulls’ history. However, the 60-year-old struggled towards the end of his career with alcohol abuse and entered rehab on multiple occasions.

All in all, Rodman will have an undiminished legacy in one of the most challenging eras in NBA history. But, his accolades just go to show why he is “The Worm indeed.”

Also read: “I went to McDonald’s, got a couple of cheeseburgers, and then got on a plane for Europe alone”: Dennis Rodman reveals bizarre details of his first marriage to Annie Bakes 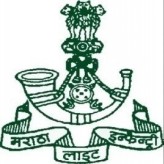 Michael Jordan, Kobe Bryant, and Hakeem Olajuwon are the only players in NBA history to…