Ja Morant arrives at the Dreamers Showcase in East Brewton, Alabama, and puts on a show for everyone present.

Ja Morant is one of the most entertaining players in the league. The 6-foot-3 highflyer manages to attack the rim at his own will and has even developed a consistent jump shot over the years.

Ja is one player who has constantly been improving his game year after year. During his 1st season, the guard averaged 17.8/3.9/7.3 and took home the Rookie of the Year honor. The highflyer had a better sophomore campaign, averaging 19.1/4/7.4, and finally won the 2022 Most Improved Player award after putting up a staggering 27.4 points, 5.7 rebounds, and 6.7 assists while leading his team to the second round of the playoffs.

In only 3 seasons, Morant has had quite the impact for Memphis. Before the electric combo guard’s arrival, the Grizzlies were placed 12th in the Western Conference. After a few years of finishing 9th and making the first round of the playoffs, the 22-year-old has managed to lead the franchise to the 2nd best 56-26 record in the entire league.

With 1 All-Star appearance, 1 All-NBA Second Team selection, the 2020 ROY, and the 2022 MIP, Morant is one of the best young talents in the association who is more than likely to be a future face of the NBA.

During this offseason, Morant has been hitting the gym and working on improving his game furthermore. More recently, he had visited the Dreamers Showcase in East Brewton, Alabama, where he put on a show for everyone present.

As soon as the video went viral, social media erupted with reactions. 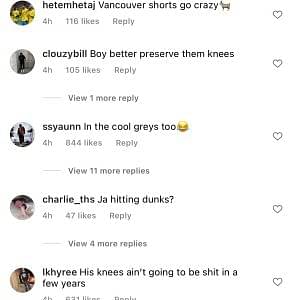 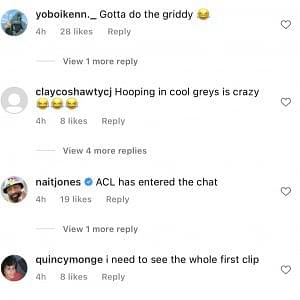 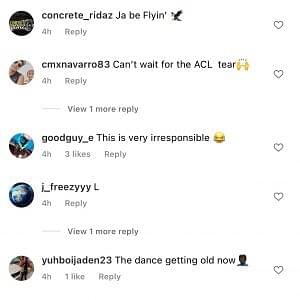 Clearly, it seems as if Morant has recovered from the knee injury he sustained during the playoffs.

Hopefully, Morant will replicate the success he found this past campaign in the upcoming season.

Also Read: The Grizzlies superstar rates the four-times champions’ outfit while overlooking his own terrible attempt

Being a two-time national level Basketball player, NBA surely had my attention from a very young age. At age 19 now, I aspire to share the knowledge I gained over 10 years with fellow basketball-lovers through my articles!

“Lebron James tries posterizing Alonzo Mourning then Dwyane Wade tries it on Bron”: When the young Heat and Cavaliers stars tried taking revenge for their teammates and failed