“Patrick Beverley is the Dennis Rodman of this era”: Kenny Smith’s bold comparison brings out hilarious reaction from Charles Barkley on Inside the NBA

Home » Basketball » “Patrick Beverley is the Dennis Rodman of this era”: Kenny Smith’s bold comparison brings out hilarious reaction from Charles Barkley on Inside the NBA

Kenny Smith called Patrick Beverley the Dennis Rodman of this generation, and Charles Barkley couldn’t quite believe what he’d heard.

Beverley has cemented his reputation as a dirty player over the past several years. This is a man who injures his opponents (inadvertently or otherwise) on a regular basis. You can attribute some of this to a lack of basketball skill, but PatBev is a habitual line-stepper.

He’s consistently clumsy, but he’s refused to change his confrontational, high-risk style of play thus far. And last night, he displayed another meltdown for his 2nd consecutive playoff exit.

Last year, it was him undercutting Jamal Murray that got him an ejection and suspension. And this time, it was for shoving Chris Paul in the back during a dead-ball situation after a timeout was called.

Also Read – “Chris Paul is a great friend; I didn’t know till last year about this streak”: Shaquille O’Neal reflects on the 37-year-long streak of his teammates making an NBA Finals series being broken

There comes a point when a player’s motivations and lack of sportsmanship have to be questioned. Beverley crossed that line several years ago, and it was time for the panelists on Inside the NBA to raise this question tonight.

Rodman was the battering ram of the Pistons’ Bad Boys team for the opposition’s best perimeter players. He typified their physical style of play like nobody else.

In that sense, a comparison between Patrick Beverley and the 5-time champion is a bit apt. However, it is not normal to compare a role player to a multiple DPOY and rebounding title winner. That’s exactly why Charles reacted the way he did at Kenny’s comparison in the clip below.

Kenny Smith: “Pat Beverley is the Dennis Rodman of this era.”

NBA Twitter’s reaction to this is quite hypocritical, given how a lot of people made this exact comparison yesterday. People really try to take others’ words in the most uncharitable fashion and then dunk on it for clout. 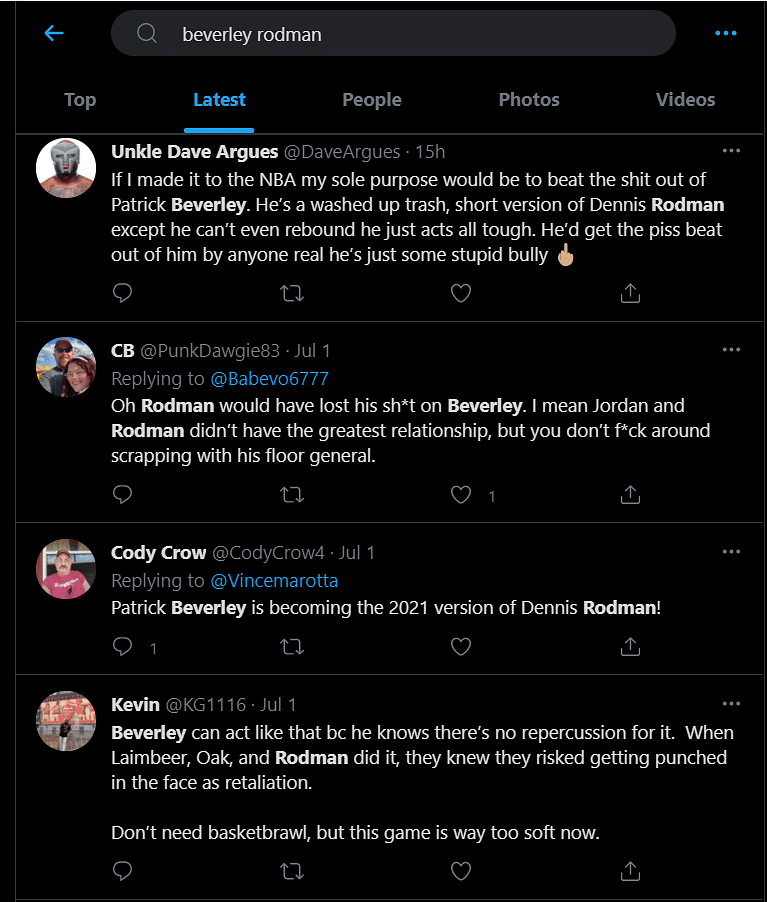 "Chris Paul is a great friend; I didn't know till last year about this streak": Shaquille O'Neal reflects on the 37-year-long streak of his teammates making an NBA Finals series being broken

"James Wiseman don't know a damn thing... I'm teaching him the ropes": Klay Thompson takes out the Warriors' rookie on his boat